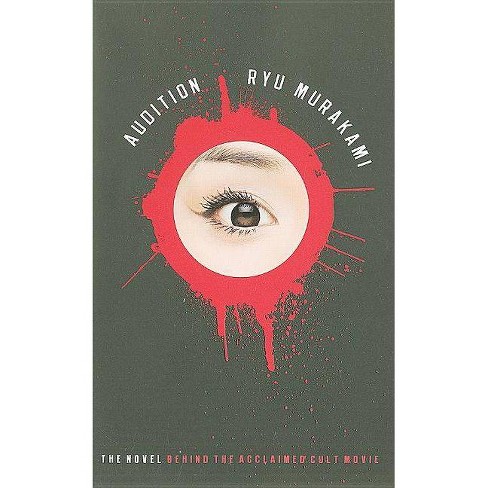 "Audition" is the long-awaited translation of the novel behind the cult classic Japanese movie.

In this gloriously over-the-top tale, Aoyama, a widower who has lived alone with his son ever since his wife died seven years before, finally decides it is time to remarry. Since Aoyama is a bit rusty when it comes to dating, a filmmaker friend proposes that, in order to attract the perfect wife, they do a casting call for a movie they don't intend to produce. As the résumés pile up, only one of the applicants catches Aoyama's attention--Yamasaki Asami--a striking young former ballerina with a mysterious past. Blinded by his instant and total infatuation, Aoyama is too late in discovering that she is a far cry from the innocent young woman he imagines her to be. The novel's fast-paced, thriller conclusion doesn't spare the reader as Yamasaki takes off her angelic mask and reveals what lies beneath.

The prose...is elegiac and affecting, but it has the sharp, visceral feel of the butcher's knife or surgeon's scalpel...a highly compulsive, one-sitting read.--Irvine Welsh "The Guardian"
If the item details above aren’t accurate or complete, we want to know about it. Report incorrect product info.