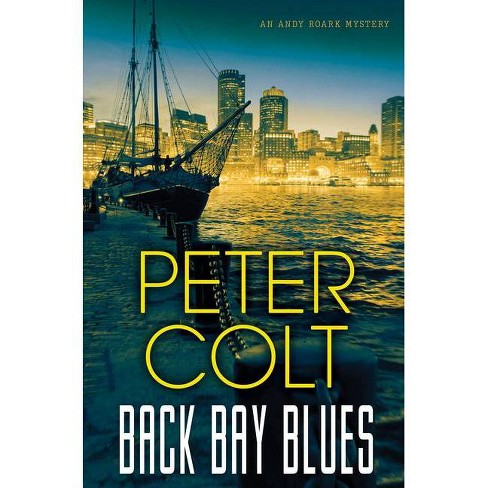 $26.49
new at target¬
0 out of 5 stars with 0 reviews
be the first!be the first! ratings
Help us improve this page

Praise for Peter Colt and The Off-Islander "Entertaining . . . Like Philip Marlowe--or Robert Parker's Spenser--Andy has a sharp eye for telling detail and male haberdashery. Those who enjoy newish reworkings of classic PI tropes will be satisfied."
--Publisher Weekly "If you like your mysteries to be old-school in the vein of John D. MacDonald, or even farther back to Raymond Chandler or Dashiell Hammett, then you will appreciate this striking debut by Peter Colt. Long on atmosphere, detail, and character, it could place detective Andy Roark amongst the classic noir sleuths."
--Raymond Benson, author of Blues in the Dark

"New England police officer Colt's first novel is a boozy pipe dream of a private eye's search for a long-missing father . . . [with] lots of attitude."
--Kirkus Reviews "This atmospheric debut mystery should appeal to fans of the early works of Dennis Lehane and Robert B. Parker."
--Library Journal "By the end of the book . . . the reader has been taken for a long, exciting ride . . . We are told that this is not the last of the Andy Roark novels. I look forward to the next one."
--Vietnam Veterans of America

"Readers yearning for a noir mystery in the vein of Mike Hammer or Sam Spade are in luck. Peter Colt has delivered just such a tale of intrigue. . . . Colt, an Army veteran who served in Kosovo and Iraq and now is a police officer in a small New England city, captures his firsthand, on-the-job experience in moody prose. The novel spends nearly as much time exploring Roark's inner demons from the Vietnam War and life afterward as it does with the case at hand, adding a deeply evocative perspective to events."
--Bookpage
If the item details above aren’t accurate or complete, we want to know about it. Report incorrect product info.