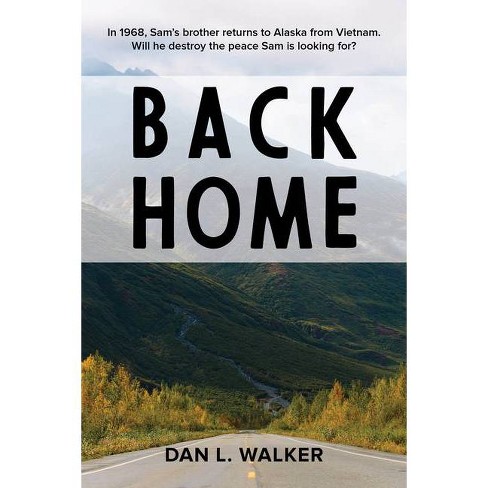 In Southcentral Alaska, Sam Barger tries to help his Marine Corps brother Joe, just back from Vietnam, who struggles with alcoholism and post-traumatic stress disorder in the turmoil of the 1960s.

The sequel to Secondhand Summer continues Sam Barger's story with the homecoming of his older brother, now wounded from war, and the struggle for the two to understand and find each other again.

It's 1968, and like any other junior in high school, Sam Barger's just trying to get by in classes and find a part-time job at the local pizza parlor, maybe chat up the pretty girl who also works there. But when his Marine Corps brother Joe comes back from the Vietnam War, life at home changes. By day Joe struggles with alcoholism and by night he battles night terrors. Sam just wants normalcy again but doesn't know how to close the rift between the brothers, especially once he questions their country's involvement overseas.

Set in Southcentral Alaska in the 1960s, Back Home is a heartfelt story about the brothers and their struggles to come and understand each other. The book reveals the lasting effects of war on young people and draws parallels between a pivotal moment in history then to the contemporary wars and struggles today.

This well-plotted and believable story for teens will also appeal to adults and is one of the best novels I've read all year, northern-themed or otherwise.
--Alaska Dispatch News

When his father dies suddenly, an adolescent boy faces more than one kind of loss as he navigates the perilous path between childhood and maturity in a new city in Walker's debut novel. . . . Walker's first-person narrative is engaging and vivid as he describes Sam's earnest progress toward discovering who he is. The author skillfully evokes the world of adolescent boys, full of gross-out jokes, territorial challenges, and a few true friends. . . . [Secondhand Summer] is absorbing as it describes the painfully awkward moment before kids become 'teenagers with cars and adults with power.' As it follows Sam through the changes and choices, the plot builds to an exciting conclusion that includes violence, redemption, and the first faltering steps toward a new life. A picaresque coming-of-age tale.
--Kirkus Reviews