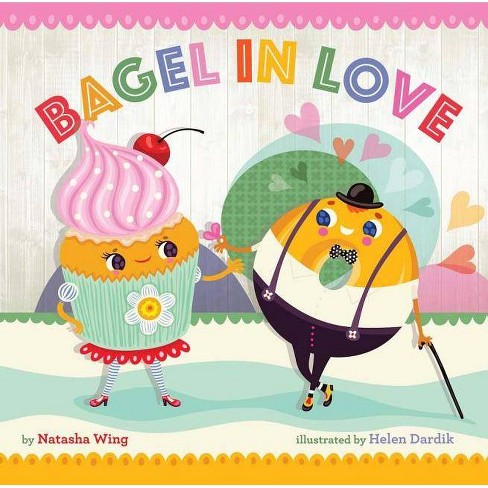 Natasha Wing is best known for her paperback series based on the popular poem "The Night Before Christmas." Her titles include The Night Before Easter, the original book in the series, and The Night Before Kindergarten, which has sold more than 1.5 million copies and has regularly appeared on bestseller lists since its publication in 2001 (Grosset & Dunlap). Wing's book Jalapeï¿½o Bagels (Atheneum) is a favorite among elementary school teachers and students--now in its 23rd printing, it features a mixed Jewish and Mexican family. An Eye for Color: The Story of Josef Albers (Holt) tells the story of one of her neighbors when she was growing up in CT; it was an ALA Notable, a Junior Library Guild selection, a California Reading Association's Eureka! Honor Book Award, and a 2012 Grand Canyon Reader nominee, and has been translated into Chinese. Natasha lives in Fort Collins, CO, with her husband, Dan, and cat, Purrsia. Learn more about Natasha at natashawing.com.

Helen Dardik lived many interesting places--including Ukraine, Siberia, and Israel--before moving to Canada, where she lives now with her husband and their three daughters. She illustrates for a large number of clients, including American Girl, the Boston Globe, HarperCollins, Klutz, Parents Magazine, and Penguin UK. When she's not making her intricate digital illustrations, she makes plush toys, paints with oils, and rearranges furniture. Learn more about her at orangeyoulucky.blogspot.com and follow her on Instagram and Twitter@helen_dardik.
If the item details above aren’t accurate or complete, we want to know about it. Report incorrect product info.