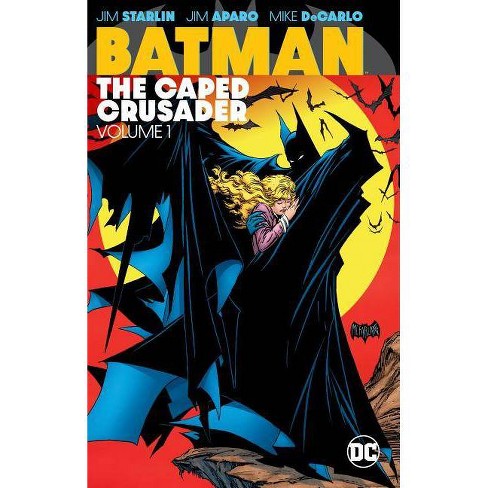 $20.49
MSRP$29.99
no reviews yet
be the first!be the first! ratings
Shipping
Free standard shipping with RedCard
Loading, please wait...
Help us improve this page

Jim Starlin is the acclaimed author of classic graphic novels including, for DC Comics, Cosmic Odyssey and Batman: A Death in the Family, as well as the 1982 Marvel graphic novel The Death of Captain Marvel. His other works include the space operas Warlock and Dreadstar. A self-taught artist, Jim Aparo first attempted to break into the industry in the early 1950s at the legendary E.C. Comics group. When E.C. rejected his work, Aparo turned to advertising art in his native Connecticut, where he specialized in illustrating newspaper fashion ads while continuing his efforts to work in comics. His dream was finally realized in 1966 when Charlton Comics editor Dick Giordano hired him to draw a humorous character called Miss Bikini Luv in Go-Go Comics. Sharpening his skills on such features as the Phantom, Nightshade, Wander and Thane of Bagarth, Aparo followed Giordano to DC Comics in 1968 where he quickly gained notice for his smooth, realistic style on such titles as Aquaman, The Brave and the Bold, The Phantom Stranger, The Spectre, The House Of Mystery, The House Of Secrets, Batman, Detective Comics, and Batman and the Outsiders. An artist whose work is still considered a high-water mark for the industry, Aparo died on July 19, 2005.
If the item details above aren’t accurate or complete, we want to know about it. Report incorrect product info.