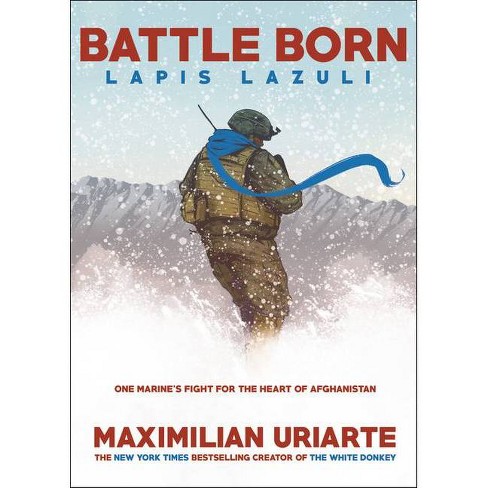 From the bestselling author of The White Donkey, a heartbreaking and visceral graphic novel set against the stark beauty of Afghanistan's mountain villages that examines prejudice and the military remnants of colonialism.
In this hotly anticipatednew work from Maximilian Uriarte, creator of the popular Terminal Lance comics and The White Donkey, tells a "thrillingly cinematic" (Publishers Weekly) story of the personal cost of war and the power of human connection.
Lapis Lazuli is a rich blue semiprecious gemstone found deep in the Sar-i-sang mountains of Afghanistan's Badakhshan province. For thousands of years it has sustained the nearby mining villages, whose inhabitants lived peacefully in the mountainous landscape--until the Taliban, known in the region as the Horsemen, came to seek the riches stored deep beneath the earth. Taliban rule has turned the stone into a conflict mineral, as they steal and sell it for their own gain.
At the behest of the fledgling Afghan government, seeking to wrest back control of the province, United States Marines are sent into the mountains. A platoon led by their eager and naive commander, First Lieutenant Roberts, and a stoic, fierce squad leader, Sergeant King, must overcome barriers of language and culture in this remote region to win the locals' trust, and their freedom from Taliban rule. Along the way, they must also wrestle with their demons--and face unimaginably difficult choices.
A sweeping yet intimate story about brutality, kindness, and the remnants of colonialism, Battle Born: Lapis Lazuli is an epic saga from the voice of a new generation of military veterans.
If the item details above aren’t accurate or complete, we want to know about it. Report incorrect product info.