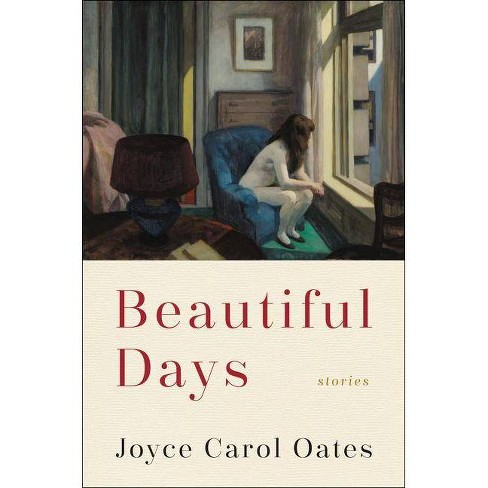 $14.59
MSRP$26.99
no reviews yet
be the first!be the first! ratings
Shipping
Free standard shipping with RedCard
Loading, please wait...
Help us improve this page

The diverse stories of Beautiful Days, Joyce Carol Oates explore the most secret, intimate, and unacknowledged interior lives of characters not unlike ourselves, who assert their independence in acts of bold and often irrevocable defiance.

"Fleuve Bleu" exemplifies the rich sensuousness of Oates's prose as lovers married to other persons vow to establish, in their intimacy, a ruthlessly honest, truth-telling authenticity missing elsewhere in their complicated lives, with unexpected results.

In these stories, as elsewhere in her fiction, Joyce Carol Oates exhibits her fascination with the social, psychological, and moral boundaries that govern our behavior--until the hour when they do not.