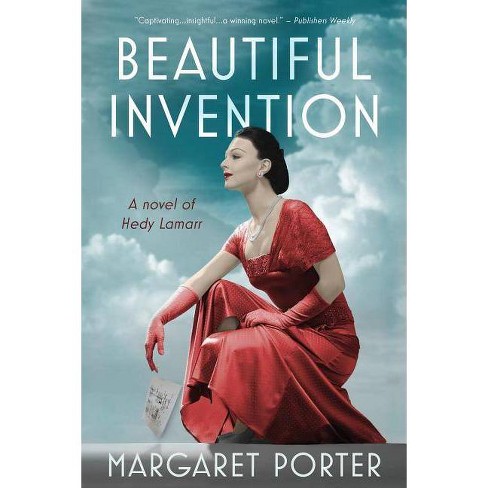 $12.89
undefined out of 5 stars with 0 reviews
be the first!be the first! ratings
Help us improve this page

"Chock full of Hollywood royalty, the golden age of the silver screen is brought to vivid life in this extensively researched novel about the less heralded accomplishments of Hedy Lamarr, one of its brightest luminaries. Margaret Porter paints an indelible portrait of the reluctant starlet, focusing a klieg light on her many other fascinating facets--as immigrant, inventor, and fierce patriot.". Leslie Carroll, author of Notorious Royal Marriages

"Beautiful Invention is a tender and poignant depiction of Hedy Lamarr's life. Porter successfully divides her focus between Hedy's acting career and the complex politics of the times . . . Porter details the uncertainty of Hedy's career immediately after her arrival in the USA and peers behind the façade of glamour gilding both the mundanity and the debauchery of Hollywood's Golden Age." Caitlyn Lyle Farley

"Set against the backdrop of World War II, including a heady mix of Hollywood stars, this book provides an insight into the life of one of the film greats. Her rise from lowly script girl to big screen fame is charted in detail, providing us with clues to the real woman behind the glamorous persona . . . Hedy Lamarr, once touted as one of the most beautiful woman in films, is vividly brought to life in Beautiful Invention. Those interested the early days of Hollywood glamour will love this book." Readers' Favorite