Behind the Scenes at Downton Abbey (Hardcover) by Gareth Neame 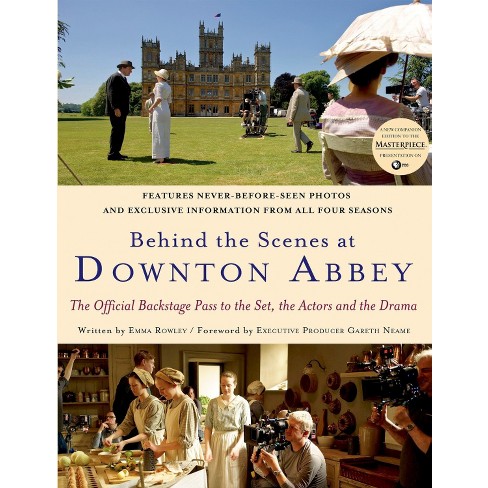 "A new companion edition to the Masterpiece presentation on PBS"--Jacket.

Gain unprecedented behind-the-scenes access to Downton Abbey in this official Season 4 tie-in book, complete with never-before-seen photos giving fans insight into the making of the runaway hit--a perfect gift for fans of the Emmy Award-winning series and feature film.

Expertly crafted with generous inside knowledge and facts, Emma Rowley's Behind the Scenes at Downton Abbey delves into the inspiration behind the details seen on screen, the choice of locations, the music and much more. Step inside the props cupboard or the hair and make-up truck and catch a glimpse of the secret backstage world.

In-depth interviews and exclusive photos give insight into the actors' experiences on set as well as the celebrated creative team behind the award-winning drama. Straight from the director's chair, this is the inside track on all aspects of the making of the show.

EMMA ROWLEY works as a journalist for The Telegraph.

GARETH NEAME is the executive producer for the award-winning television series Downton Abbey.