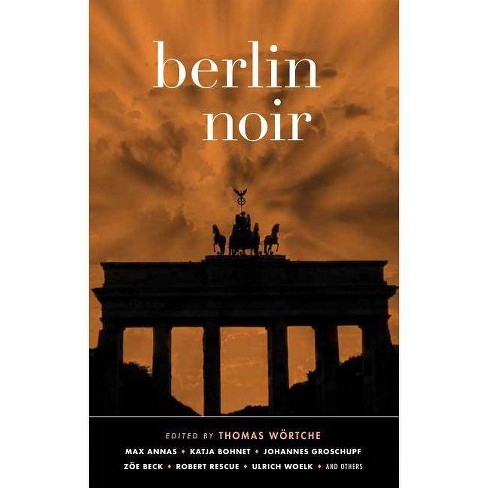 "A volume of short stories that revolve around the history, geography and literary traditions of Berlin."
--New York Times Book Review, "Globetrotting," April 2019

"This collection is very modern, the stories are set now and reflect on contemporary concerns. They demonstrate a dynamism and originality that shows just how important a part of the euro-noir genre German writing is. There are thirteen stories here, as diverse as the city they are set in, each one is from a different part of the German capital, and although they are disparate with very different intentions, a picture emerges of a troubled, multi-cultural, vibrant city that has always had its own distinct character...A welcome addition to one to the most fascinating long running series in crime fiction."
--NB Magazine

"The 13 tales are well chosen and the collection skillfully put together by Wï¿½rtche...This is definitely a book that should be on the list of all noir lovers."
--New York Journal of Books

"The 13 stories in this welcome entry in Akashic's noir series, all set in 21st-century Berlin, are less about traditional crime and more likely to involve gentrification, immigrants, or Airbnb...There's more than enough variety to entertain most readers."
--Publishers Weekly

"A city with a rich noir past looks beyond its history to an equally unsettling present...Wï¿½rtche keeps his promise to show Berlin as 'always moving forward in the present' in this determinedly contemporary but genuinely noir collection."
--Kirkus Reviews

Akashic Books continues its award-winning series of original noir anthologies, launched in 2004 with Brooklyn Noir. Each book comprises all new stories, each one set in a distinct neighborhood or location within the respective city.

From the introduction by Thomas Wï¿½rtche:

Berlin does not make it easy to write noir fiction--or perhaps Berlin makes it too easy. Noir tradition casts a long, influential, and even daunting shadow. Alfred Dï¿½blin's and Christopher Isherwood's works, some of Bertolt Brecht's plays, the Morgue poems by Gottfried Benn, M by Fritz Lang, and many other narratives from the first third of the twentieth century, all of which are tinged with noir, set high intellectual standards, and literary and aesthetic benchmarks that are hard to surpass...

Neither Dï¿½blin nor Benn, Brecht nor Lang, catered to any crime fiction traditions. They merely steeped their literary projects in a great deal of noir. And so it is with most of the stories in our anthology: they do not necessarily follow the usual patterns of crime fiction, but regard noir as a license to write as they wish, a certain way of approaching the city, and a prism through which its nature is viewed...What's left is history. It is omnipresent in Berlin at every turn; the city is saturated in a history full of blood, violence, and death.