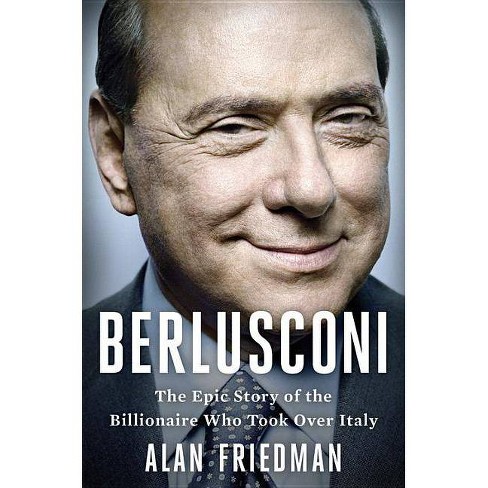 $28.00
no reviews yet
be the first!be the first! ratings
Shipping
Free standard shipping with RedCard
Help us improve this page

Alan Friedman is a journalist, bestselling author, television personality and producer, and documentary maker who has spent the past 30 years as an award-winning correspondent and commentator with The Financial Times of London, The International Herald Tribune/New York Times, The Wall Street Journal Europe, and Italian television. Mr Friedman is also a former contributing editor at Vanity Fair and The New Yorker. He is presently an opinion columnist for Italy's Corriere della Sera newspaper and Germany's Die Zeit. Alan was awarded the British Press Award (the UK equivalent of the Pulitzer award) four times during his 14-year career with The Financial Times. He is the only American journalist to have received the Medal of Honor (1997) from the Italian Parliament and he has been awarded many other acknowledgements for his work on Italy and the global economy. In 2014 he was awarded the "Non-fiction Book of the Year" prize in the Premio Pavese (September 2014), the Premio Pannunzio for outstanding excellence in journalism (December 2014) and the "America Prize" in the USA-Italy Foundation's annual award ceremony in the Italian Parliament (October 2014). Alan was born in New York City, educated at NYU (B.A. Politics and History), the London School of Economics (International Relations) and the Johns Hopkins School of Advanced International Studies (M.A. International Economics and Law). He is married and lives in Tuscany.
If the item details above aren’t accurate or complete, we want to know about it. Report incorrect product info.