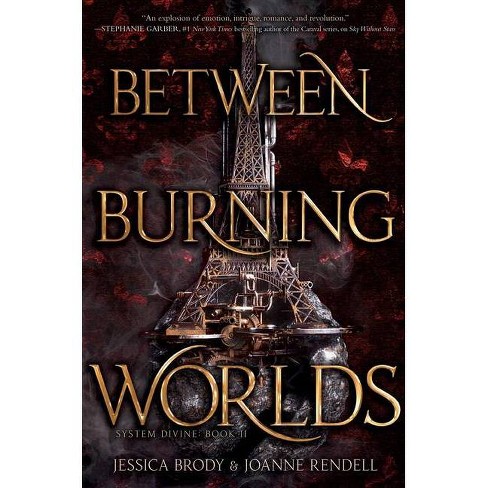 ​Deluxe edition with special embellishments on first printing only. Les Misérables meets The Lunar Chronicles in the out-of-this-world sequel to Sky Without Stars that's an "explosion of emotion, intrigue, romance, and revolution" (Stephanie Garber, #1 New York Times bestselling author of the Caraval series). A traitor.
A prisoner.
A fugitive. Wanted by the Regime. Destined to save the planet. Laterre is on the brink of war. The Third Estate are rioting against the injustices of a corrupt system. The Patriarche, reeling from the murder of his only heir, makes brutal attempts to quash the unrest, while a new militant faction launches a series of deadly attacks. And three outlaws find themselves pulled into the fray... Marcellus is now a traitor to his planet, willing to do anything to stop his grandfather from seizing control of Laterre, even if it means joining the Vangarde, a rebel group back from the dead. Chatine is a prisoner on Bastille. Desperate to survive the harsh conditions of the moon, she becomes embroiled in the Vangarde's dangerous attempt to free their infamous leader. Alouette is a fugitive who has been lied to her entire life. Searching for the truth about her mysterious past, she soon finds herself hunted by the Regime for reasons she's only beginning to understand. But when Laterre is threatened by the emergence of a deadly new weapon, these three renegades must risk everything, traveling to the far reaches of the System Divine and into the white hot center of a planet ready to ignite.

Les Miserables like you've never seen it before--this page-turning story rockets the classic through the stars and into your heart."--Beth Revis, New York Times bestselling author of Across the Universe and Star Wars: Rebel Rising, on Sky Without Stars

"An exquisitely executed reimagining. Epic in scope and storytelling, Sky Without Stars is an explosion of emotion, intrigue, romance, and revolution." -- Stephanie Garber, #1 New York Times bestselling author of the Caraval series, on Sky Without Stars


"Brody and Rendell masterfully craft a new take on an old favorite that's out of this world, filled with drama, intrigue and romance. Loved!"-- Danielle Paige, New York Times Bestselling author of the Dorothy Must Die series and the Stealing Snow series, on Sky Without Stars

"I could fill an entire book detailing all the things I love about Sky Without Stars, from the epic tech to the immersive world-building, the jaw-dropping twists to the characters that universally stole my heart. This brilliant reinterpretation of a beloved classic is not to be missed!" -- Marissa Meyer, #1 New York Times bestselling author of The Lunar Chronicles, on Sky Without Stars

Jessica Brody is the author of several popular novels for teens and tweens, including The Geography of Lost Things, 52 Reasons to Hate My Father, A Week of Mondays, Better You Than Me, and the Unremembered trilogy. She lives with her husband and four dogs near Portland, Oregon. Visit her online at JessicaBrody.com. Joanne Rendell is the author of three novels and holds a PhD in English literature. She teaches fiction writing to teens and kids and is a board member for the youth Shakespeare company New Genesis Productions. With her husband and son, Joanne divides her time between New York City and New Paltz, New York. Visit Joanne at JoanneRendell.com.
If the item details above aren’t accurate or complete, we want to know about it. Report incorrect product info.