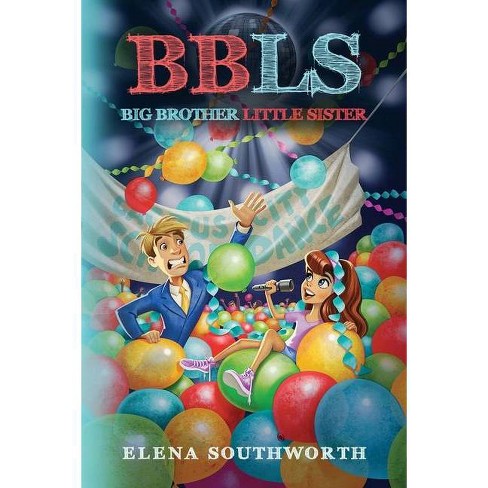 BBLS. Big Brother, Little Sister. Sometimes, siblings are two peas in a pod. Other times, your sibling may be your nemesis. Written by a kid for kids, BBLS is a lighthearted and hilarious take on sibling rivalry.

Eight-year-old Aaliyah is nothing short of mischievous. She gets stuck in a tube slide, is on a first name basis with the Hawaii Fire Department, and will end a birthday vacation with one disastrous prank at Matthew's expense.

Their peculiar mom, Tammy, is obsessed with "The Baby," and their grouchy dad, Mike, wants to sleep through all the drama. NORMAL oldest sister, Camille, comes home from college to the same shenanigans that she hoped her family had outgrown. Matthew's girlfriend, Delaney, has the same problems with her little sister, Mindy. When Mindy becomes Aaliyah's sidekick, the mayhem and comedy escalates.

Amid all the madness, will each character recognize and appreciate the unbreakable bond between siblings and friends? Join them on this new adventure to see where the mischief leads!

"Teen author Southworth makes her debut in the fiction world with this witty, engrossing tale of sibling rivalries and love." BookView

"Children will be enthralled and teens with younger siblings will find the story relatable." LitandCoffee

"The hilarious situations, nonstop fun, and the neatly crafted storyline that builds up to an emotionally charged finale will keep readers turning pages." The Prairies Book Review

I Am a Big Brother (Hardcover) by Caroline Jayne Church

You're Getting a Baby Brother! - by Sheila Sweeny Higginson (Board Book)