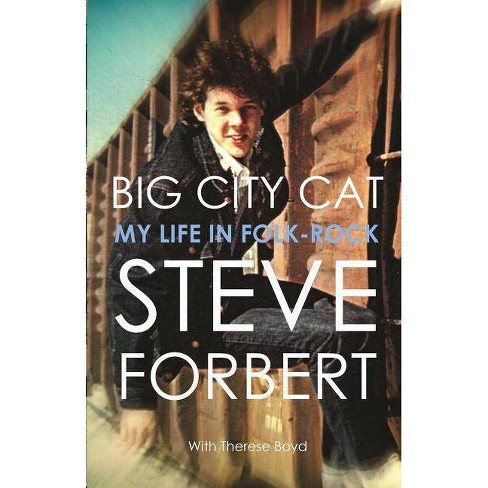 As a young man from Meridian, Mississippi, Steve Forbert managed to carve out a niche in New York City's vibrant club scene, playing now-iconic venues like Gerde's Folk City and CBGB's during a time when rootsy rock was fading out and the Ramones, Talking Heads, and other New Wave and punk acts were moving in. That heady period was captured on his first album, Alive on Arrival.

"Now or then," writes Rolling Stone contributing editor David Wild, "you would be hard-pressed to find a debut effort that was simultaneously as fresh and accomplished as Alive on Arrival . . . it was like a great first novel by a young author who somehow managed to split the difference between Mark Twain and J.D. Salinger."

Forbert's next LP, Jackrabbit Slim, introduced the hit song "Romeo's Tune" to the world. Since then he's produced studio albums (19 and counting) full of perceptive, critically acclaimed songs in his eclectic pop-rock-folk Americana style. Keith Urban, Rosanne Cash, and Marty Stuart, among others, have recorded his songs. Forbert's 2003 tribute to Jimmie Rodgers, Any Old Time, was nominated for a Grammy and he even made a cameo appearance in Cyndi Lauper's music video for "Girls Just Wanna Have Fun."

Big City Cat: My Life in Folk-Rock focuses on Forbert's early NYC days but also covers his career up to the present day. Interspersed with his narrative are interviews with notables such as Danny Fields, Garry Tallent, and John Simon. This insightful and humorous memoir is not simply the tale of a talented survivor, but also a glimpse into a musician's life and the challenges faced--as well as the lessons learned--in a changing industry during the last forty years.