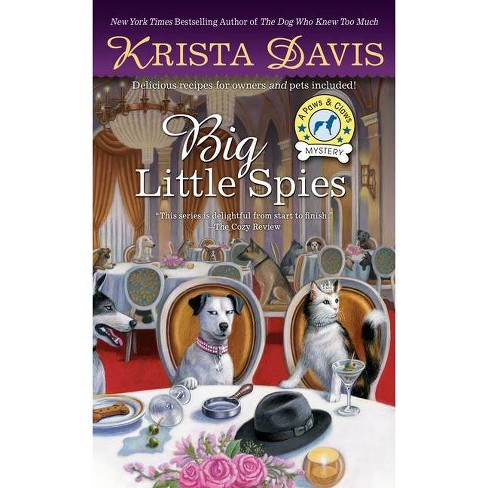 A pet detective on the hunt for a prominent pooch is found dead, and inn owner Holly Miller has to sort through her guest list for suspects in this all new Paws & Claws mystery in the New York Times bestselling series. The ladies of the Wagtail Animal Guardians, WAG for short, are in town for a pet adoption charity ball, and Holly is making sure to roll out the red carpet for her special guests. She and her furry best friend Trixie are busy keeping the WAG ladies happy and preparing for the ball when they learn that a retired judge has lost his prized pup. The venerable citizen has hired a pet detective who has some personal ties to Holly's new guests. His presence ruffles some feathers, and when the PI is found DOA not long before the ball, Holly wonders if one of the WAG ladies had a motive for murder. To make matters worse, some pet-loving guests of the ball nearly suffer the same deadly fate. Holly and Trixie will have to sniff out the clues and leash a callous killer before they strike again....

Krista Davis is the New York Times bestselling author of the Paws & Claws Mysteries and the Domestic Diva Mysteries. Several of her books have been nominated for the Agatha Award. She lives in the Blue Ridge Mountains of Virginia with a brood of cats and dogs, including a snoopy Jack Russell terrier and a nosy calico cat. Her friends and family complain about being guinea pigs for her recipes, but she notices that they keep coming back for more.
If the item details above aren’t accurate or complete, we want to know about it. Report incorrect product info.