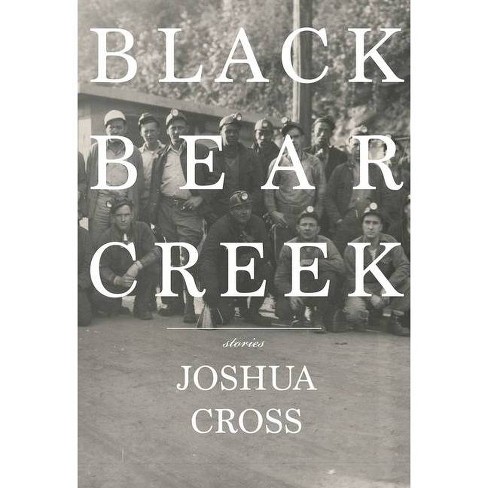 "Tucked away in a remote hollow of West Virgnia's Coal River Valley, lies the town of Black Bear Creek, well past its glory days, and ravaged by the mining industry on which its people depend. The characters in Joshua Cross's debut story collection struggle to survive against rampant poverty while their drinking water is poisoned and the mountains around them are stripped away. Spanning decades, these are stories of couples who marry too young because they have no other choice. Of life shattering injuries inflicted by the dangers of working in the mines. Of wounded men and women forced to be so hard they are frequently surprised by their own vulnerability. And despite the bleak backdrop of the only home many of these characters will ever know, these are stories about how they find ways to love and hope and fight"--

The fictional town of Black Bear Creek lies tucked in a remote hollow of the Coal River Valley in West Virginia, a region reliant on and devastated by the mining industry. The people in these stories struggle to survive against rampant poverty while their drinking water is poisoned and the mountains around them are stripped away. But amongst this bleak backdrop, they find ways to love and hope and fight. Cross's raw, spare prose reflects the barren landscape his characters inhabit as they put their bodies and lives at risk just to feed their families.

Joshua Cross grew up in Beckley, West Virginia, but now lives in Conway, South Carolina, where he teaches at Coastal Carolina University. His stories have appeared in Fail Better, Beloit Fiction Journal, and Evening Street Review.
If the item details above aren’t accurate or complete, we want to know about it. Report incorrect product info.