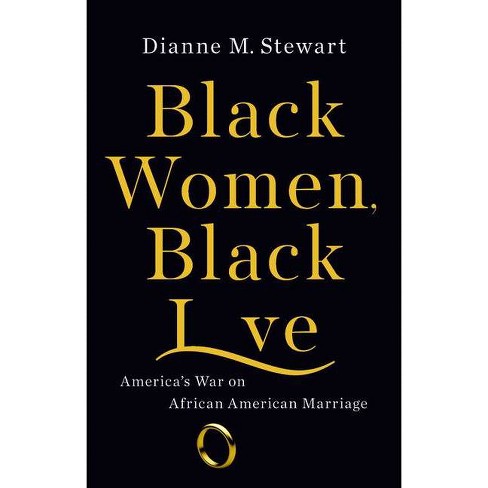 "According to the 2010 US Census, more than seventy percent of Black women in America are unmarried today. Sweeping in scope and expansively researched, Black Women, Black Love reveals how four hundred years of the laws, policies, and customs have created that crisis for Black women in America today. Stewart begins her investigative analysis in the earliest years of the slave state, showing that American slavery could only flourish if its stakeholders strategically disrupted and even extinguished Black love. A new wave of violence split up couples once again as millions embarked on the Great Migration to northern cities. There, they found that the welfare system of the twentieth century continued to suppress Black marriage, mandating that women remain single in order to receive government support. Yet no institution has perfected America's project of forbidding Black love with as much methodical precision as the contemporary prison industrial complex. Mass incarceration removed Black men en masse from the pool of marriageable partners, forcing Black women to forge whatever intimacy they could through prison bars, on collect phone calls, and during visiting hours. Revealing these continued assaults on the most precious and powerful of liberties, Black Women, Black Love is a cri de coeur that draws a straight line from generations of oppression to today's crisis of Black companionship. It is at once a compelling accounting of the lasting damage done to black wealth and selfhood, and a stirring call for the cultural and policy changes necessary to unshackle Black love at last"--

In this analysis of social history, examine the complex lineage of America's oppression of Black companionship.
According to the 2010 US census, more than seventy percent of Black women in America are unmarried. Black Women, Black Love reveals how four centuries of laws, policies, and customs have created that crisis.
Dianne Stewart begins in the colonial era, when slave owners denied Blacks the right to marry, divided families, and, in many cases, raped enslaved women and girls. Later, during Reconstruction and the ensuing decades, violence split up couples again as millions embarked on the Great Migration north, where the welfare system mandated that women remain single in order to receive government support. And no institution has forbidden Black love as effectively as the prison-industrial complex, which removes Black men en masse from the pool of marriageable partners.
Prodigiously researched and deeply felt, Black Women, Black Love reveals how white supremacy has systematically broken the heart of Black America, and it proposes strategies for dismantling the structural forces that have plagued Black love and marriage for centuries.

"Stewart marshals substantial evidence to back up her thesis--proof of a centuries-long assault on Black love and marriage that in her hands takes the form of persuasive case histories of women, past and present.... It offers a fresh and surprising look at the economic, spiritual, structural and emotional constraints on the hundreds of thousands of Black women for whom love and marriage are neither blithely expected nor easy. In that, it feels not so much necessary as needed."--New York Times

Dianne M. Stewart's compelling Black Women, Black Love is the first Black feminist/womanist analysis of the structural barriers that make marriage for heterosexual African American women elusive, even impossible, within a racist, sexist America. In painstaking detail, she makes the provocative case that our persistent marital dilemmas over four centuries should be seen as a hidden civil rights issue. Her exploration of the concept of 'forbidden Black love' is nuanced, moving, and attentive to a broad range of variables. Personal narratives enhance her solid, though unsettling, arguments about America's persistent war on Black marriage, as well as 'undesired singlehood' for generations of women who love Black men.--Beverly Guy-Sheftall, Anna Julia Cooper Professor of Women's Studies, Spelman College, and coauthor of Gender Talk

Powerful, persuasive, and devastatingly haunting. Dianne M. Stewart has placed a historical and structural lens on the most personal, intimate areas of our lives and brought them into clear focus.--Carol Anderson, New York Times-bestselling author of White Rage

Dianne Stewart is a professor of religion and African American studies at Emory University, where she created the course Black Love. She earned her MDiv from Harvard Divinity School and her PhD in systematic theology from Union Theological Seminary in New York City. She lives in Atlanta, Georgia.
If the item details above aren’t accurate or complete, we want to know about it.

I Own My Magic: Self-Talk for Black Women - by Gennifer Michelle Goodloe (Hardcover)

I Take My Coffee Black - by Tyler Merritt

More Than Enough - by Elaine Welteroth

My Friend, My Enemy - by Stewart Goodings (Paperback)