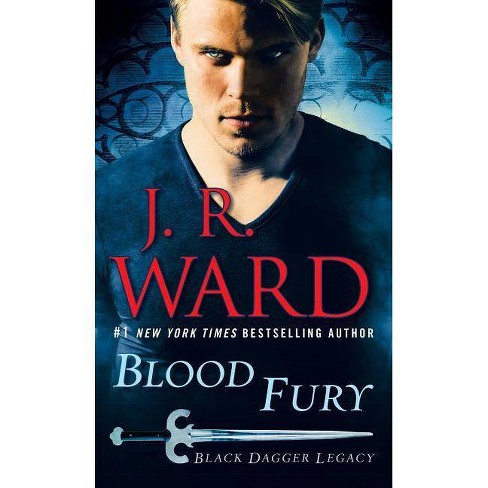 In this sexy "New York Times" bestseller set in the world of the Black Dagger Brotherhood, a tough vampire warrior in training and her fellow aristocratic trainee struggle to deny the attraction they feel for one another as they prepare for the looming war ahead.

NEW YORK TIMES BESTSELLER - In this sexy paranormal romance novel set in the world of the Black Dagger Brotherhood, #1 New York Times bestselling author J. R. Ward tells the story of two couples--both fighting to find love in the midst of the war with the Lessening Society. A vampire aristocrat, Peyton is well aware of his duty to his bloodline: mate with an appropriate female of his class and carry on his family's traditions. And he thought he'd found his perfect match--until she fell in love with someone else. Yet when his split-second decision in a battle with the enemy endangers the life of another trainee, Peyton has to face the idea that his future, and his heart, actually lie with another. Novo, as a female in the Black Dagger Brotherhood's training program, feels like she has to prove herself to everybody--and she has no interest in being distracted by falling in love. But when Peyton proves to be so much more than a rich playboy, she is forced to confront the tragedy that has broken her soul and closed her off from love. As the two grapple with Novo's past and Peyton's present, another couple must contend with a connection that is unparalleled--and potentially scandalous. Saxton, who has had his heart broken, discovers in himself a deep-seated attraction to Ruhn, a new member of the household. But will the other male explore the connection? Or will he close his mind and his heart to what could be true love . . . and cost Saxton everything? Praise for J. R. Ward's Black Dagger Brotherhood series "Utterly absorbing."--Angela Knight "To die for . . . I love this series!"--Suzanne Brockmann

J. R. Ward is the author of more than thirty novels, including those in her #1 New York Times bestselling Black Dagger Brotherhood series. She lives in the South with her family.
If the item details above aren’t accurate or complete, we want to know about it. Report incorrect product info.