Boon on the Moon - by John Huddles (Hardcover) 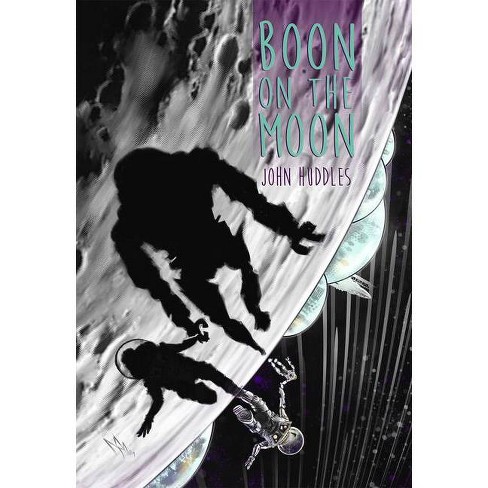 $16.95
new at target¬
no reviews yet
be the first!be the first! ratings
Shipping
Free standard shipping with RedCard
Loading, please wait...
Help us improve this page

"A boy and his robot move to Earth's moon in John Huddles's wonderful Boon on the Moon. Byron "Boon" Barnett's dream comes true when his father gets a job opportunity on the Moon; with some lobbying from Boon, the whole family is soon on their way. Boon gets right to exploring the Moon with his robot, Jose Ignacio, and is soon confronted with several hazardous situations, foremost the arrival of a "White Worm"--a part black hole, part wormhole destructive force of nature. A series of exciting rescues by Boon, and ingenious scientific thinking by his family, avert the crisis, saving humanity from a terrible fate. Boon's relationship with Jose Ignacio is special: to everyone else, Jose Ignacio is just a twelve-inch-tall toy robot, but to Boon he's a seven-foot-tall giant. In Boon's mind, they banter and bicker like a comedy team, and the reproachful robot serves as foil and sounding board for Boon's schemes. The ultimate fate of Boon's imaginary friend is a poignant instance of growing up. Italics emphasize bits of dialogue throughout, an enjoyable oral element through which the book begs to be read out loud. This technique makes conversations more emotional, humorous, and realistic, as when Mrs. Barnett discusses Boon, saying, "Get rid of his fears? I've been working his whole life to get some fears into him!" Novel features--like the moon's Worship Dome, which is equipped with a hologram generator so its interior can look like any house of worship; and space art, which uses a laser to create images on celestial objects--amplify the immersiveness of Boon's future world, one that's full of advanced technology. There's a raw, childlike joyfulness to Boon's story; his unabashed enthusiasm for discovery is infectious. Combining innocent wonder with hard science, Boon on the Moon is a terrific and memorable science fiction tale." --Peter Dabbene, Foreword Reviews
If the item details above aren’t accurate or complete, we want to know about it. Report incorrect product info.