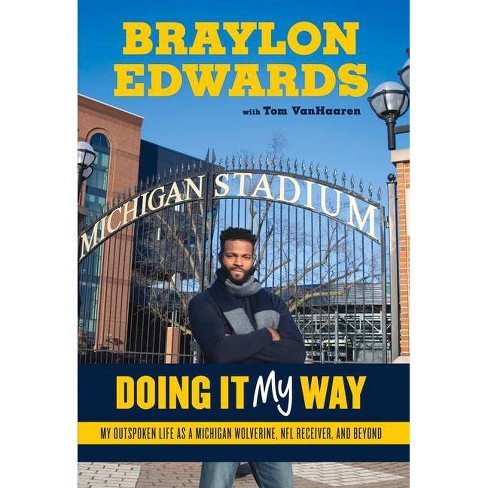 Throughout his 13-year professional and collegiate career, Braylon Edwards has heard all the talk--that he's only out for himself, only about the money; he's a bust, a bad guy, a troublemaker, a typical wide receiver who doesn't get it. He's also heard the cheering fans singing "The Victors" after victories in the Big House and cherished the smiles he saw in the crowd. Now, for the first time, the misunderstood receiver, who so often got in trouble for speaking the truth, is telling his own personal history--through the ups of athletic honors, success, and fame and the downs of injury, addiction, and arrests--in his own words.

The son of start Michigan player and NFL running back Stan Edwards, Braylon emerged from the shadows of his father, with who, he has a complicated relationship, to create his own All-American legacy at Michigan--but no without clashes with his eventual mentor, head coach Lloyd Carr. Braylon takes readers inside his decorated four-year career at Michigan, the intense rivalry games against Ohio State and Michigan State, and the back-to-back Rose Bowls. Drafted third overall by a struggling Browns franchise, he endured a turbulent time in Cleveland, which included a misreported fight at a club with a member of LeBron James inner circle. Braylon resuscitated his career in The Big Apple, belting out Frank Sinatra tunes while reaching to AFC Championships Games with the New York Jets before playing under Jim Harbaugh with the San Francisco 49ers, catching passes from Seattle Seahawks quarterback Russell Wilson, and delving into a broadcasting career. In this frank, unflinching autobiography, Braylon shares how football helped him find his place and gave him a voice. He lays bare all the bumps, bruises, and unexpected turns along the way.
If the item details above aren’t accurate or complete, we want to know about it. Report incorrect product info.