Bright Lights From A Hurricane - by Grace McGinty (Paperback) 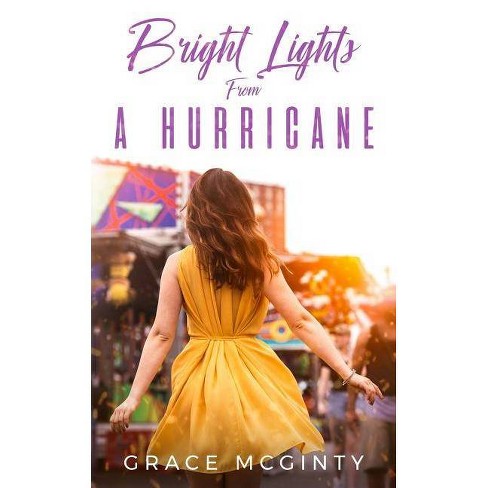 Olivia Jefferson has always been a good little automaton. At least, that's what her best friend Angela had always told her. She was a dutiful daughter, straight A student, and a devoted friend.

But when Angela dies at seventeen of terminal brain cancer, Olivia's automaton life gets turned upside down.

She made a promise that she would finish Angela's bucket list for her.  But number one is to go on the scariest ride at the County Fair, Hell's Hurricane, and number two is to go on a Grand Adventure. Both seem impossible.  So when a pretty, blue eyed carnie boy offers her a place on the carnival for the summer, she couldn't possibly go, right?

Deciding to abandon her well planned future, Olivia follows the carnival along the bottom States, from Florida to LA. What she learns as she works her way through Angela's bucket list will make her reexamine her dreams, her beliefs and make her really question: Who is Olivia Jefferson?