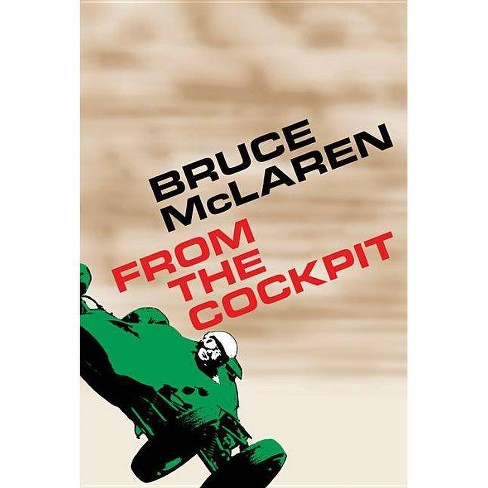 Originally published in 1964, Bruce McLaren's autobiography From the Cockpit is a classic motor racing memoir. So scarce and expensive are original copies that Evro Publishing, in collaboration with McLaren, is reissuing a facsimile version for all fans to enjoy. In his own words, Bruce describes his inspiring climb up the ladder of motor racing success, culminating in the inception of Bruce McLaren Motor Racing Ltd in 1963. Engaging to read, his book provides fascinating insight into not only his accomplishments but also his unique character, charm and tenacity. In his own words, 'Life is measured in achievement, not in years alone.'

Early competition in New Zealand with a modified Austin Seven.

The recipient of New Zealand's first ';Driver to Europe' scheme, his results in his first season away from home included fifth place in the 1958 German Grand Prix with a works Cooper.

McLaren became the youngest Grand Prix winner in the 1959 United States GP for Cooper, as team-mate to Jack Brabham in the year the Australian won his first World Championship title.

The ups and downs of his life in Formula 1 up to the end of 1963, from winning at Monaco in 1962 to crashing at the Nurburgring and ending up in hospital - where the idea for this book was born.

The story concludes with the formation of his own team, initially to run modified Cooper chassis, and Bruce's emotional victory in the 1964 New Zealand Grand Prix.