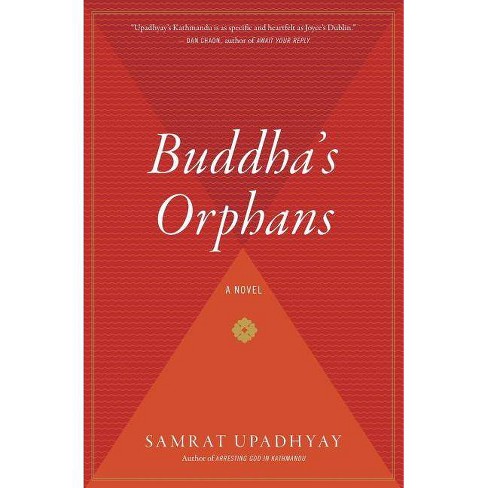 $14.99
MSRP$23.95
0 out of 5 stars with 0 reviews
be the first!be the first! ratings
Shipping
Free standard shipping with RedCard
Help us improve this page

Buddha s Orphans is an extraordinary achievement. It has the sweep and romantic grandeur of a great old-fashioned Russian novel, and, at the same time, the precision and intimacy of a beautiful collection of linked stories. Dan Chaon, author of Await Your Reply


Raja and Nilu are fated to fall in love.

They have both been abandoned he through his mother s suicide in the public pond, she through her mother s constant escape into drink. He has grown up on the streets, she in a crumbling mansion. And yet they find each other, again and again: first, as children, then, as young lovers, and, finally, after they fear losing their marriage. But the events of the past, even those we are ignorant of, inevitably haunt the present. And Raja and Nilu s story is not only their own.

Set within Nepal s political upheavals, Buddha s Orphans is an engrossing, unconventional love story, a seductive, transporting read, and further evidence that Samrat Upadhyay is one of our finest writers, thoroughly deserving of his acclaim as the Buddhist Chekhov.


[Upadhyay s] characters linger. They are captured with such concise, illuminating precision that one begins to feel that they just might be real. Christian Science Monitor"Absorbing. . . Beautifully told." Publishers Weekly (starred review)

Upadhyay . . . illuminat[es] the shadow corners of his characters psyches, as well as the complex social and political realities of life in Nepal, with equal grace. Elle


SAMRAT UPADHYAY is the author of Arresting God in Kathmandu, a Whiting Award winner, The Royal Ghosts, and The Guru of Love, a New York Times Notable Book and finalist for the Kiriyama Prize. Upadhyay directs the creative writing program at Indiana University.


"
If the item details above aren’t accurate or complete, we want to know about it. Report incorrect product info.