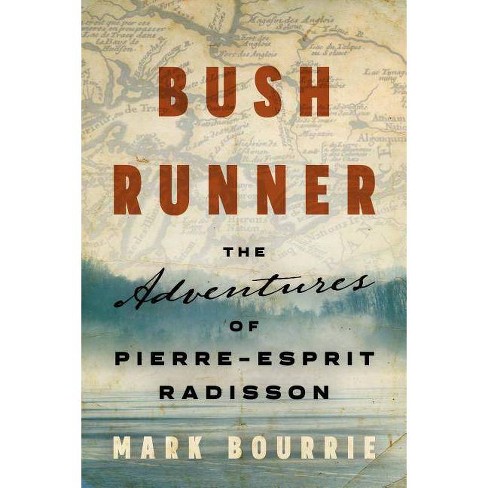 "A dark adventure story that sweeps the reader through a world filled with surprises. The book is compelling, authoritative, not a little disturbing -- and a significant contribution to the history of 17th-century North America." --Ken McGoogan, The Globe and Mail

"Bourrie's writing is grounded in a strong sense of place, partly because of his own extensive knowledge of the land and partly because of Radisson's descriptive storytelling abilities...offering a valuable and rare glimpse into 17th-century North America." --Canadian Geographic

"The writing is lively, the descriptions of 17th century Indigenous life are cinematic and, despite Radisson's many personal flaws, it is easy to admire his chutzpah." --ARTSFILE

"If you're one of the many people who think that Canadian history is boring, this book may change your mind." --Barb Minett, The Bookshelf (Guelph, ON)

"Some readers may already have had an introduction to Pierre-Esprit Radisson and his partner, the much older Medard Chouart de Groseilliers (radishes and gooseberries). This book places both in context with their time and ambitions. Find your own copy and fill in your knowledge of one of Canada's greatest explorers." --Owen Sound Sun Times

"People are either going to love this book or hate it. Me, I loved it. Stephen Harper may not like it quite so much but he would do well to heed it. Sometimes the more people know about what you're doing and how you're spending their money can make them like you more. Or not. That's the gamble you take in the free world. A lot has been happening in Ottawa for years now, but because the killing of the messenger has been so quiet, insidious and effective, few of us even know about it." --Toronto Star review of Kill the Messengers

"As the first journalist with unfettered access to Canada's press censor files, author Mark Bourrie tells what Canadians knew and did not know during the Second World War -- and reveals the unpleasant political realities of a war so often portrayed as a unanimous moral crusade against evil." --National Post review of The Fog of War