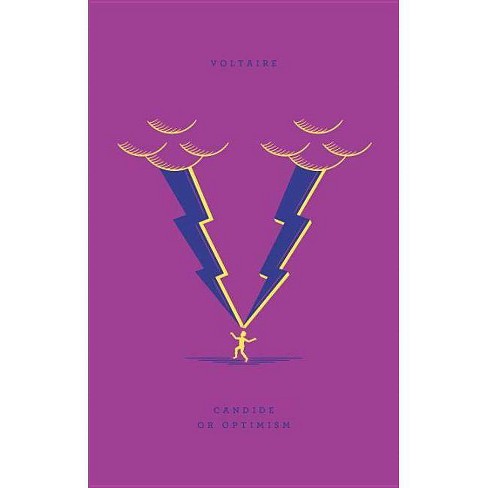 $17.99
MSRP$26.00
no reviews yet
be the first!be the first! ratings
Shipping
Not available
Help us improve this page

François-Marie Arouet, writing under the pseudonym Voltaire, was born in 1694 into a Parisian bourgeois family. Educated by Jesuits, he was an excellent pupil but one quickly enraged by dogma. An early rift with his father--who wished him to study law--led to his choice of letters as a career. Insinuating himself into court circles, he became notorious for lampoons on leading notables and was twice imprisoned in the Bastille. By his mid-thirties his literary activities precipitated a four-year exile in England where he won the praise of Swift and Pope for his political tracts. His publication, three years later in France, of Lettres philosophiques sur les Anglais (1733)--an attack on French Church and State--forced him to flee again. For twenty years Voltaire lived chiefly away from Paris. In this, his most prolific period, he wrote such satirical tales as "Zadig" (1747) and "Candide" (1759). His old age at Ferney, outside Geneva, was made bright by his adopted daughter, "Belle et Bonne," and marked by his intercessions in behalf of victims of political injustice. Sharp-witted and lean in his white wig, impatient with all appropriate rituals, he died in Paris in 1778--the foremost French author of his day.Theo Cuffe is the transator of the Penguin Classics edition of Voltaire's Micromégas and Other Short Fictions.

Jessica Hische is a letterer, illustrator, typographer, and web designer. She currently serves on the Type Directors Club board of directors, has been named a Forbes Magazine "30 under 30" in art and design as well as an ADC Young Gun and one of Print Magazine's "New Visual Artists." She has designed for Wes Anderson, McSweeney's, Tiffany & Co, Penguin Books and many others. She resides primarily in San Francisco, occasionally in Brooklyn.