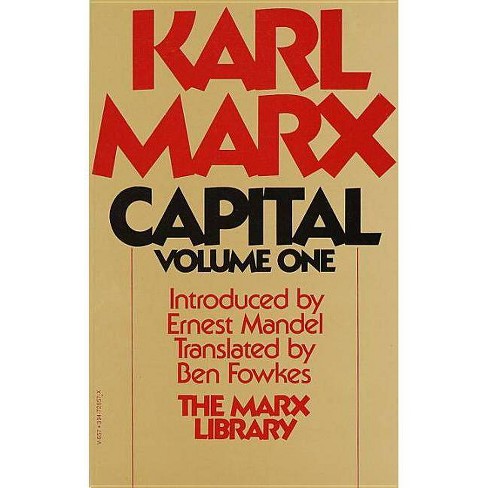 'Capital, ' one of Marx's major and most influential works, was the product of thirty years' close study of the capitalist mode of production in England, the most advanced industrial society of his day. This new translation of Volume One, the only volume to be completed and edited by Marx himself, avoids some of the mistakes that marred earlier versions and seeks to do justice to the literary qualities of the work. The introduction is by Ernest Mandel, author of 'Late Capitalism', one of the only comprehensive attempts to develop the theoretical legacy of 'Capital'.

Karl Mark (1818-1883) was a philosopher, social scientist, historian, and revolutionary. He is without a doubt the most influential socialist thinker to emerge in the nineteenth century. Although he was largely ignored by scholars in his own lifetime, his social, economic, and political ideas gained rapid acceptance in the socialist movement after his death. In Paris, Marx developed his lifelong partnership with Friedrich Engels (1820-1895).
If the item details above aren’t accurate or complete, we want to know about it. Report incorrect product info.