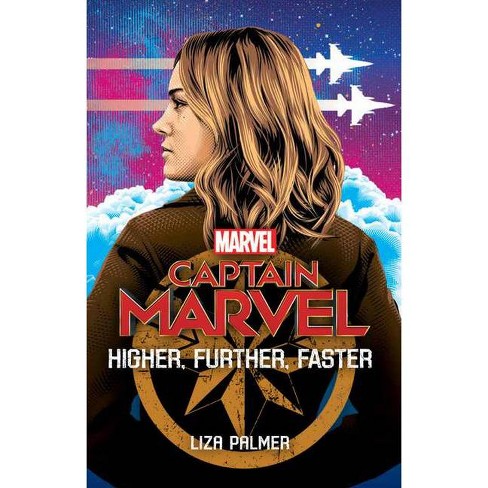 At head of title on jacket: Captain Marvel.

NOW A MAJOR MOTION PICTURE FROM MARVEL STUDIOS!
Carol Danvers kicks off her U.S. Air Force career with her first year at flight school, where she'll be tested in ways she never thought possible--and make a lifelong friend, Maria Rambeau, in the process--in this atmospheric and exciting prelude to the upcoming Marvel Studios' film, Captain Marvel!
Focusing on Carol Danvers and Maria Rambeau as they wend their way through a space that was still very much a "boys' club" in the 80s, the important social-cultural themes explored in this novel are sure to draw in not only fans of the Marvel Cinematic Universe, but readers of social issue-focused YA who gravitate toward relatable protagonists learning to navigate the world around them, and to succeed in the face of seemingly insurmountable adversity.

In this touching tale of self-discovery, determination, and hope, Palmer gives clear voices to the protagonist and secondary characters, rounding them out with admirable character development. The elements that describe the Air Force are illuminating without inundating readers. With an underlying feminist message, this novel captivates readers right from the start and keeps them engaged.

Liza Palmer is the internationally bestselling author of Conversations with the Fat Girl. After earning two Emmy nominations writing for the first season of VH1's Pop Up Video, she now knows far too much about Fergie. Palmer spends her days as the Head Writer at BuzzFeed Studios. Her eighth novel, The Nobodies, is due out Fall, 2019.
If the item details above aren’t accurate or complete, we want to know about it. Report incorrect product info.