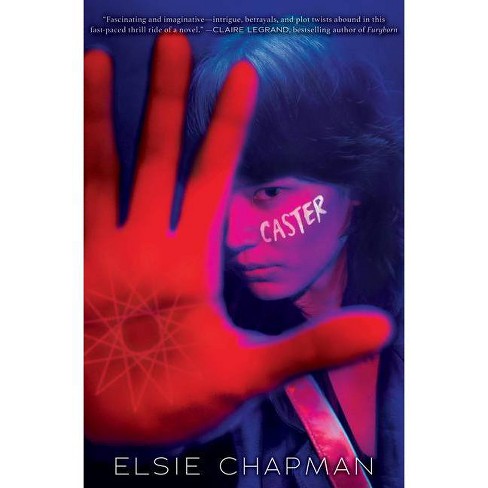 Aza Wu knows that casting magic can kill--it killed her sister--but she needs money desperately to pay off Saint Willow, who controls her sector of Lotusland, and save the family teahouse, so she secretly enters an underground casting tournament--and finds herself competing against other castors with "full magic," and where even victory could cause her to lose her freedom, her magic, and her life.

Avatar: The Last Airbender meets Fight Club in this action-packed fantasy about a secret, underground magic fighting tournament.If the magic doesn't kill her, the truth just might.Aza Wu knows that real magic is dangerous and illegal. After all, casting killed her sister, Shire. As with all magic, everything comes at a price. For Aza, it feels like everything in her life has some kind of cost attached to it. Her sister had been casting for money to pay off Saint Willow, the gang leader that oversees her sector of Lotusland. If you want to operate a business there, you have to pay your tribute. And now with Shire dead, Aza must step in to save the legacy of Wu Teas, the teahouse that has been in her family for centuries.When Aza comes across a secret invitation, she decides she doesn't have much else to lose. She quickly realizes that she's entered herself into an underground casting tournament, and the stakes couldn't be higher. Real magic, real consequences. As she competes, Aza fights for her life against some very strong and devious competitors.When the facts about Shire's death don't add up, the police start to investigate. When the tributes to Saint Willow aren't paid, the gang comes to collect. When Aza is caught sneaking around with fresh casting wounds, her parents are alarmed. As Aza's dangerous web of lies continues to grow, she is caught between trying to find a way out and trapping herself permanently.

* Chapman has created compelling young adult novels before, but this is a cut above; the fully realized and atmospheric dystopia is crafted at a level not seen often. This stunning fantasy will fly off the shelves. -- Booklist, starred reviewA dark and, at times, vicious and violent story of will and questionable honor. -- Kirkus Reviews

Elsie Chapman grew up in Prince George, Canada, and has a degree in English literature from the University of British Columbia. She is the author of the YA novels Dualed, Divided, Along the Indigo, and Caster as well as the middle-grade novel All the Ways Home, and the coeditor of A Thousand Beginnings and Endings and Hungry Hearts. She currently lives in Tokyo, Japan, with her family. You can visit her online at elsiechapman.com.
If the item details above aren’t accurate or complete, we want to know about it. Report incorrect product info.