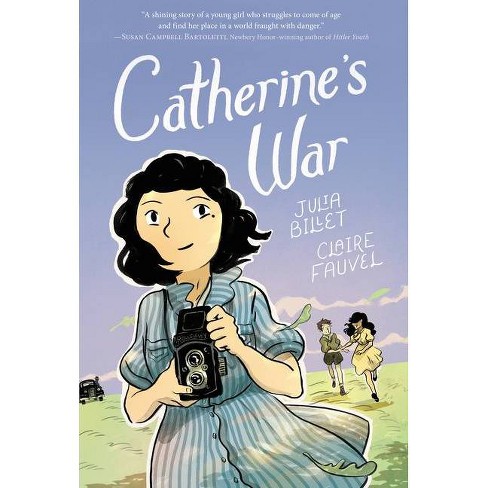 $21.99
0 out of 5 stars with 0 reviews
be the first!be the first! ratings
Shipping
Not available
Help us improve this page

"A shining story of a young girl who struggles to come of age and find her place in a world fraught with danger." --Susan Campbell Bartoletti, Newbery Honor-winning author of Hitler Youth

This middle grade graphic novel is an excellent choice for tween readers in grades 7 to 8, especially during homeschooling. It's a fun way to keep your child entertained and engaged while not in the classroom.

A magnificent narrative inspired by a true survival story that asks universal questions about a young girl's coming of age story, her identity, her passions, and her first loves.

At the Sï¿½vres Children's Home outside Paris, Rachel Cohen has discovered her passion--photography. Although she hasn't heard from her parents in months, she loves the people at her school, adores capturing what she sees in pictures, and tries not to worry too much about Hitler's war. But as France buckles under the Nazi regime, danger closes in, and Rachel must change her name and go into hiding.

As Catherine Colin, Rachel Cohen is faced with leaving the Sï¿½vres Home--and the friends she made there--behind. But with her beautiful camera, Catherine possesses an object with the power to remember. For the rest of the war, Catherine bears witness to her own journey, and to the countless heroes whose courage and generosity saved the lives of many, including her own.

Based on the author's mother's own experiences as a hidden child in France during World War II, Catherine's War is one of the most accessible historical graphic novels featuring a powerful girl since Persepolis by Marjane Satrapi--perfect for fans of Markus Zusak's The Book Thief, Anne Frank, or Helen Keller.

Includes a map and photographs of the real Catherine and her wartime experiences, as well as an interview with author Julia Billet.

"Many of the settings are beautifully detailed, and the characters undeniably expressive. Catherine's ability to find beauty in the world makes for a forward-looking read." --Booklist *(starred review)*

"This story will make readers want to join the Resistance. Characters are drawn so vividly that, long afterward, readers will remember their names." --Kirkus