Chanel and Her World - by Edmonde Charles-Roux (Hardcover) 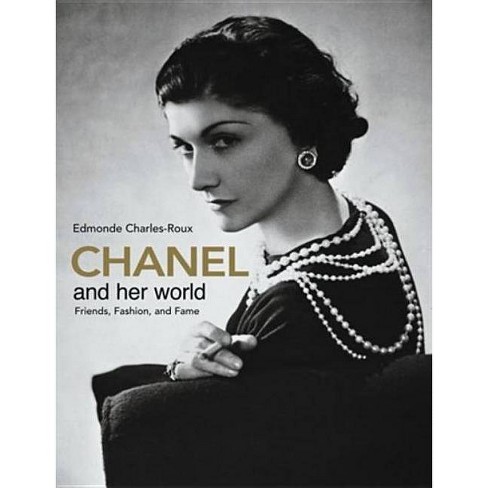 The best-selling, most abundantly illustrated biography available of fashion icon Coco Chanel, written by her close friend and chosen official biographer. Gabrielle "Coco" Chanel (1883-1971) is a fashion icon unlike any other, arguably the most influential designer of the 20th century, whose creations remain as popular today as when they were introduced a century ago. She invented modern, chic clothing for women: she freed them from corsets, bobbed their hair, put them in simple bathing suits, and sent them out to get tanned in the sun. She introduced slacks, costume jewelry, the exquisitely comfortable and elegant knit suit, the "little black dress," and the now-ubiquitous quilted handbag. She made the first couture perfume―No. 5―which remains the most popular scent ever created. And she knew and collaborated with the leading creative minds of her day: the likes of Picasso, Diaghilev, Stravinsky, Cocteau, Jean Renoir, and Visconti―as she matched their modernist innovations by liberating women from the prison of 19th-century fashion and introducing a whole new concept of style. In this beautiful volume, the glorious life and world of the incomparable Coco Chanel shines again through lively text and a staggering collection of photographs amassed by author Edmonde Charles-Roux--the dear friend who Chanel chose as her biographer--shedding new light on one of the great stories of the modern age.
"A model pictorial biography." New York Times "This Chanel biography is as elegantly turned out as its subject." The Washington Post "This lavish photo tome brings depth to Chanel's sleek façade while revealing the fascinating woman behind it." W "Edmonde Charles-Roux (is) one of (Chanel's) best biographers." The New Yorker "There have been many books about Chanel, but this is the great classic." Art of the Times "This beautiful volume contains hundreds of photographs and lively prose by its author, Edmonde Charles-Roux." American Salon "Provides insight into the development of her sense of style and underscores the timelessness of her vision." Veranda

Edmonde Charles-Roux began her journalistic career at Elle and ultimately became editor-in-chief of French Vogue.
If the item details above aren’t accurate or complete, we want to know about it.

Zero to One - by Peter Thiel & Blake Masters (Hardcover)

The Art of Movement - by Ken Browar & Deborah Ory (Hardcover)

The Cuban Heiress - by Chanel Cleeton

Peace Out Calm Down Workbook for Kids - by Chanel Tsang (Paperback)