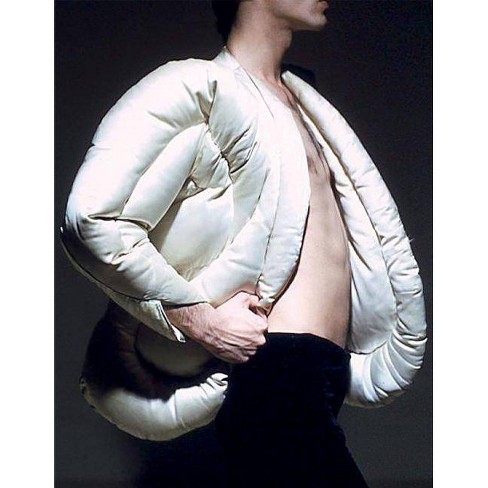 $52.99
MSRP$85.00
0 out of 5 stars with 0 reviews
be the first!be the first! ratings
Shipping
Free standard shipping with RedCard
Help us improve this page

British-American designer Charles James (1906-78), "America's First Couturier," is famed for the extraordinarily elegant evening gowns he created in the 1930s through the 1950s for society ladies on both sides of the Atlantic. From the beginning of his career, James also designed revolutionary unisex styles. The famous eiderdown evening jacket, designed in 1937 for women, was revived as a cult unisex design object in 1970s New York. The eiderdown jacket and James' other unisex designs share with his ball gowns a sculptural, architectural presence and a rigorously cerebral design process grounded in science and mathematics. James is regarded as a visionary thinker in the world of fashion, introducing lasting innovations in both technique and methodology.

Charles James: The Couture Secrets of Shape goes beyond the evening gowns, focusing on some of James' unisex designs and his life in the artist community at the Chelsea Hotel, where he lived from 1964 until his death in 1978. He remained restlessly creative in this period, his rooms at the Chelsea serving as a studio, workshop, and archive. In 1973 he wrote The Charles James Approach to Structural Design; this allowed a glimpse into his thinking at that time and is included in this publication in facsimile. Edited by Homer Layne, James' last assistant, and Professor Dorothea Mink, with a preface by fashion designer Rick Owens, this volume reveals a new facet of James' groundbreaking body of work.
If the item details above aren’t accurate or complete, we want to know about it. Report incorrect product info.