Cheers to the Duke - (Widow's Brew) by Sally MacKenzie (Paperback) 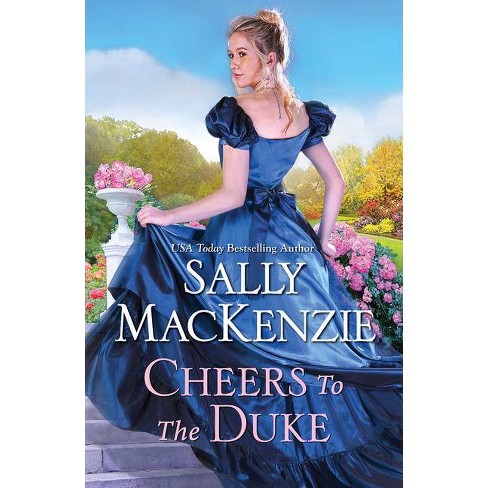 Includes excerpts from What ales the earl and The merry viscount.

In USA Today bestselling author Sally MacKenzie's intoxicatingly romantic series, the fallen ladies of Puddledon Manor's Benevolent Home are restoring their reputations--and their future prospects--by operating their very own brewery and alehouse... As the founder of the Home, Josephine Smyth-Waters is determined to be there for the women who need her. But when those same women conspire to accept an invitation on her behalf, she finds herself suddenly on the way to the christening party of the Earl of Darrow's baby. Guests at the party include her friends and former partners Pen and Caro--and Edward Russell, Duke of Grainger, the Home's generous benefactor and the man she's been writing to for months. While Jo decidedly does not have marriage on the mind, the duke's handsome looks and charming words are enough to make the lovely widow a little reckless . . . Even after a year, the title of "duke" still sits strangely on Edward Russell's shoulders. But the responsibilities of the title are his duty, no matter his less-than-positive opinion of the nobility. When Edward encounters Jo--capable, fun, and utterly irresistible--he's delighted to find someone he truly connects with. A trick of fate has placed them on two different paths . . . but Edward is beginning to realize that perhaps he's not the kind of man who does the expected thing after all . . .

A native of Washington, DC, Sally MacKenzie still lives in suburban Maryland with her transplanted upstate New Yorker husband. She's written federal regulations, school newsletters, auction programs, class plays, and swim league guidance, but it wasn't until the first of her four sons headed off to college that she tried her hand at romance. She can be reached by e-mail at sally@sallymackenzie.net or by snail mail at P.O. Box 10466, Rockville, MD, 20849. Please visit her home in cyberspace at www.sallymackenzie.net.
If the item details above aren’t accurate or complete, we want to know about it.

Crying in the Bathroom - by Erika L Sánchez (Hardcover)

The Story of Us - by Teri Wilson (Paperback)

A Duke in Time - (Widow Rules) by Janna MacGregor (Paperback)

A Duke, the Lady, and a Baby - (Rogues and Remarkable Women) by Vanessa Riley (Paperback)

A Duke for Diana - (Designing Debutantes) by Sabrina Jeffries (Paperback)