Children of the Catastrophe - by Sarah Shoemaker 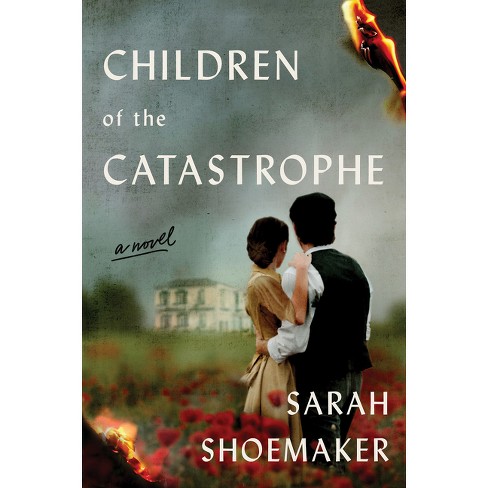 Set amid the backdrop of the massacre of Greeks and Armenians after World War I, a deeply affecting family story of love and survival infused with the rich historical detail and emotional power of Sisters of the Resistance and The Women in the Castle.

It is 1908 and Smyrna is the most cosmopolitan city on the Mediterranean Sea. Though long a part of the Ottoman Empire, Smyrna has always been Greek, and its citizens honor the traditions of previous generations. The Demirigis and Melopoulos families are no different, and now Liana Demirigis will wed the only Melopoulos son, Vassili--a marriage arranged by her parents.

After the wedding, Liana and Vassili build an idyllic life for themselves and their children outside of the city, safe from rising political tensions roiling the region and the world. But less than a decade later, the growing divisions between the Greeks and Turks threaten to boil over. When each country chooses a different side with the outbreak of the Great War, a hunger to reclaim Izmir consumes Greece. Suddenly Liana and her family, like thousands of others like them, are thrust into danger . . . and many will not survive.

Children of the Catastrophe is a beautifully told story that unfolds through the experiences of the Melopoulos family--their loves and quarrels, their hopes and disappointments, played out against a world on fire. Sarah Shoemaker artfully draws us into her characters' rich lives and evocatively captures all that was lost as hostilities mount and innocent men, women, and children find themselves caught up in forces beyond their control.

Children of Catastrophe is a mesmerizing story of love, of courage, of motherhood and of survival. Using vivid prose, Sarah Shoemaker immerses you in the lush and peaceful final years of a city that is invaded by the Turkish army with devastating consequences. It is a rich family saga that is heartening, tragic and, most of all, unforgettable. -- Shelly Sanders, bestselling author of Daughters of the Occupation