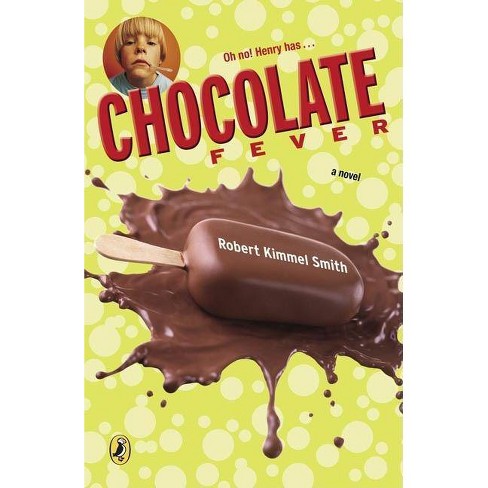 $5.99
no reviews yet
be the first!be the first! ratings
Shipping
Free standard shipping with RedCard
Help us improve this page

Born in Brooklyn, New York, Robert Kimmel Smith was 8 years old when he read his first book--a book that moved him enough to make him cry. It turned out to be a life-defining event, because after that experience he decided not only that he loved reading, but also, luckily for us and for his millions of fans, that he wanted to become a writer. Little did he know that he would grow up to become an award-winning author whose books have sold millions of copies and are making a difference to millions of children. It would take 30 years for his dream to become a reality. He embarked on his writing career in 1970 after leaving the advertising business. But as Smith himself described it, his foray into writing books began entirely by accident, and he credits his daughter with getting him started. It seems that one night he was making up a bedtime story for his daughter, Heidi. As he was spinning his yarn, it began to grow and grow and take on a life of its own. Heidi urged him to finish the story, which ultimately became his first book, Chocolate Fever. Heidi must have known that there was something delicious about that story, because Chocolate Fever went on to sell almost two million copies. But, ideas for books don't always come that easily. Ideas come to Smith from life experiences, from things that happened to him personally or from things that happened to people he knew. Jelly Belly was drawn from his own childhood, when he was the fattest child in the fifth grade. The War with Grandpa garnered 11 state awards (five within one six-week period!). Mostly Michael was written for some fifth graders who asked Smith to write about an "average" kid who doesn't like school. According to Smith, he wrote The Squeaky Wheel because he wanted kids to know that there was life after parents divorce, and that kids have to speak up for their rights. Though told with humor, it is a powerful book that won the Parents' Choice award for Story Books. Some authors are highly structured, outlining every step of a book's process. But Smith starts with a hero, an opening situation, and a loose idea of where the story will go. "I don't want to know everything; that would be too boring for me. So in a sense, I am discovering the story along with my characters," says Smith. The message he wants to convey to children with his books is simple but fundamental: "Get the most out of yourself, enjoy life, and be good to people along the way." He says that he also writes about making moral choices, without lecturing his readers. Smith says, "I think I wrote Chocolate Fever just to say `you can't have everything every time you want, ' which is a basic truth except for the IRS." But, there is a far more basic reason that Smith writes books: "My secret agenda is to create books so entertaining that the kids get hooked on reading, particularly boys, who need help." Robert Kimmel Smith lives in Brooklyn, New York, with his wife Claire in a big old Victorian house. They have two grown children: Heidi and Roger. Robert and Claire love to cook, and both are fanatical baseball fans. They go to the movies and the theater. Smith plays tennis, swims, gardens, and tries not to gain weight. Robert Kimmel Smith's works include: Chocolate Fever, Jelly Belly, Mostly Michael, The War with Grandpa, The Squeaky Wheel. In addition to writing award-winning books for children, Smith has written short stories and plays, as well as the script for the television production of Chocolate Fever for "CBS Story Break."
If the item details above aren’t accurate or complete, we want to know about it. Report incorrect product info.