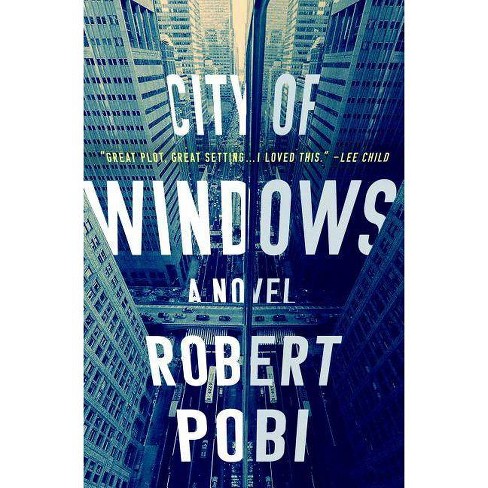 During the worst blizzard in memory, an FBI agent in a moving SUV in New York City is killed by a nearly impossible sniper shot. Unable to pinpoint where the shot came from, as the storm rapidly wipes out evidence, the agent-in-charge Brett Kehoe turns to the one man who might be able to help them--former FBI agent Lucas Page. Page, a university professor and bestselling author, left the FBI years ago after a tragic event robbed him of a leg, an arm, an eye, and the willingness to continue. But he has an amazing ability to read a crime scene, figure out angles and trajectories in his head, and he might be the only one to be able to find the sniper's nest. With a new wife and family, Lucas Page has no interest in helping the FBI--except for the fact that the victim was his former partner. Agreeing to help for his partner's sake, Page finds himself hunting a killer with an unknown agenda and amazing sniper skills in the worst of conditions. And his partner's murder is only the first in a series of meticulously planned murders carried out with all-but-impossible sniper shots. The only thing connecting the deaths is that the victims are all with law enforcement--that is until Page's own family becomes a target. To identify and hunt down this ruthless, seemingly unstoppable killer, Page must discover what hidden past connects the victims before he himself loses all that is dear to him.

Pobi superbly probes the depths of all his characters, but is especially masterful in his creation of the way Page can break down the logistics of any crime scene and the ESP-like abilities of Page's handler, Special Agent Whitaker. --Shelf Awareness Outstanding...the tense plot is balanced by the prickly Lucas's cerebral investigating skills. --Publishers Weekly (starred review)

[City of Windows] is perfectly and exquisitely paced and plotted. Pobi is merciless. There is simply no good place to stop reading and catch a breath. --Bookreporter Relentless pacing, tight plotting, and a brainy, idiosyncratic new hero make this one a winner. --Kirkus Reviews Pobi's rocket-fueled plot and strong voice make this a can't-miss hit. --Library Journal "A stunner. One of the most impressive, compelling thrillers I've read in a long while. The plot moves at bullet velocity. The writing has an electric surge. Robert Pobi delivers a fresh, exciting new voice to thriller fiction." --David Morrell, New York Times bestselling author of Murder As a Fine Art and First Blood: Rambo City of Windows is that rarest of gems--a page-turner painted with soaring prose that makes you want to read every sentence twice. In Dr. Lucas Page, Robert Pobi has created a unique and modern protagonist, as irascible as he is brilliant. He'll be back and so will I." --Gregg Hurwitz, New York Times bestselling author of Orphan X

I don't have space to list the many things that are done expertly in City of Windows. Just read it and start watching for Robert Pobi's next book. --Thomas Perry, Edgar award-winning and New York Times bestselling author Robert Pobi has written a winner with City of Windows, a novel that should establish him as an authentic, distinctive and entertaining new voice in crime fiction. --John Lescroart, New York Times bestselling author of The Rule of Law

Robert Pobi is the author of several novels, including the international bestseller Bloodman and Harvest, though City of Windows is his first thriller. He lives in Canada.
If the item details above aren’t accurate or complete, we want to know about it. Report incorrect product info.