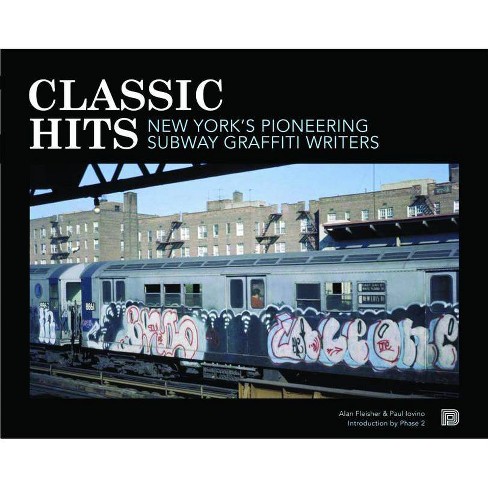 $15.99
no reviews yet
be the first!be the first! ratings
Shipping
Not available
Help us improve this page

The most visual book on early 1970s graffiti ever published. The authors were themselves artists and maintain long friendships with other artists, as well as photo archives of the time, on display in this one-of-a-kind book. Early 70s New York saw the growth of a new phenomenon. Key pioneers tell their own story. Eye-opening first-hand story accounts in pictures and text. The names names here have star status far beyond graffiti culture; without them, no Seen, no Banksy, no Revok. In this glimpse of a different New York, there is an invaluable picture of graffiti in the early, playful years. Essays and quotations by: Ale One, All Jive 161, Blade, Cay 161, Checker 170, Clyde, Death, FDT 56, Flint 707, Iz The Wiz, Jester 1, Joe 182, Lava, LSD OM, Mico, Pnut 2, Roger 1, Ski 168, Snake 1, Taki 183, Vamm Photos by: Alan Fleisher, Robert Browning, Bill Ray, Jack Stewart
If the item details above aren’t accurate or complete, we want to know about it. Report incorrect product info.