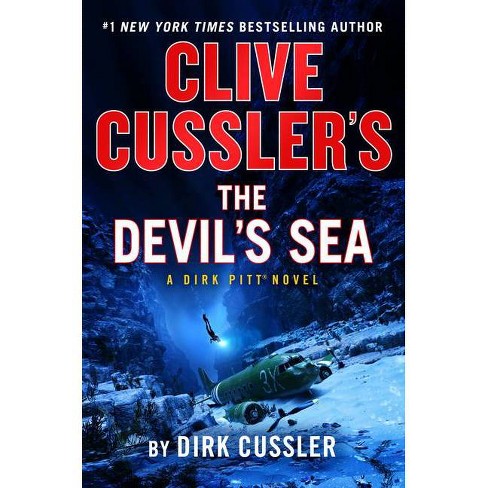 Fearless adventurer Dirk Pitt must unravel a historical mystery of epic importance in the latest novel in the beloved New York Times bestselling series created by the "grand master of adventure" Clive Cussler. In 1959 Tibet, a Buddhist artifact of immense importance was seemingly lost to history in the turmoil of the Communist takeover. But when National Underwater and Marine Agency Director Dirk Pitt discovers a forgotten plane crash in the Philippine Sea over 60 years later, new clues emerge to its hidden existence. But Pitt and his compatriot Al Giordino have larger worries when they are ordered to recover a failed hypersonic missile from Luzon Strait. Only someone else is after it, too...a rogue Chinese military team that makes their own earthshattering discovery, hijacking a ship capable of stirring the waters of the deep into a veritable Devil's Sea. From the cold dark depths of the Pacific Ocean to the dizzying heights of the Himalaya Mountains, only Dirk Pitt and his children, Summer and Dirk Jr., can unravel the mysteries that will preserve a religion, save a nation...and save the world from war.

"Trouble comes looking for Dirk Pitt and his children, Dirk and Summer, in the strangest and most entertaining ways...The Pitts are all great characters--clever, gutsy, and lucky...Dirk Cussler carries on what his father started in a series that never gets old."-Kirkus Reviews (starred) "Exciting...Cussler has done his father proud."-Publishers Weekly

Clive Cussler was the author of more than eighty books in five bestselling series, including Dirk Pitt(R), NUMA Files(R), Oregon Files(R), Isaac Bell(R), and Sam and Remi Fargo(R). His life nearly paralleled that of his hero Dirk Pitt. Whether searching for lost aircraft or leading expeditions to find famous shipwrecks, he and his NUMA crew of volunteers discovered and surveyed more than seventy-five lost ships of historic significance, including the long-lost Civil War submarine Hunley, which was raised in 2000 with much publicity. Like Pitt, Cussler collected classic automobiles. His collection featured more than one hundred examples of custom coachwork. Cussler passed away in February 2020. Dirk Cussler is the author of Clive Cussler's The Devil's Sea, and coauthor with Clive Cussler of eight previous Dirk Pitt adventures: Black Wind, Treasure of Khan, Arctic Drift, Crescent Dawn, Poseidon's Arrow, Havana Storm, Odessa Sea, and Celtic Empire. He serves as president of NUMA, where he continues his father's legacy of searching for important historical shipwrecks. He lives in Connecticut.
If the item details above aren’t accurate or complete, we want to know about it.

5 out of 5 stars
Would recommend
Great CD - 8 months ago, Verified purchaser
Never ending action which is a trademark of Clive Cussler books. This one does not dissappoint! Fun, and adventurous, and easy read.
Did you find this review helpful?