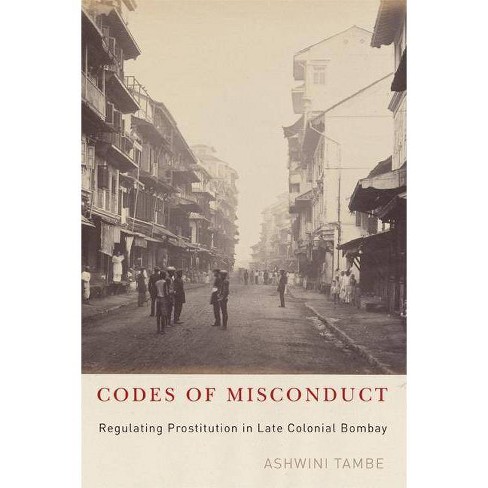 Across the nineteenth and twentieth centuries, legislators in Bombay passed a series of repetitive laws seeking to control prostitution. During the same time, Bombay's sex industry grew vast in scale. Ashwini Tambe explores why these remarkably similar laws failed to achieve their goal and questions the actual purpose of such lawmaking. Against the backdrop of the industrial growth of Bombay, Codes of Misconduct examines the relationship between lawmaking, law enforcement, and sexual commerce. Ashwini Tambe challenges linear readings of how laws create effects and demonstrates that the regulation and criminalization of prostitution were not contrasting approaches to prostitution but different modes of state coercion. By analyzing legal prohibitions as productive forces, she also probes the pornographic imagination of the colonial state, showing how regulations made sexual commerce more visible but rendered the prostitute silent. Codes of Misconduct engages with debates on state control of sex work and traces how a colonial legacy influences contemporary efforts to contain the spread of HIV and decriminalize sex workers in India today. In doing so, Tambe's work not only adds to our understanding of empire, sexuality, and the law, it also sheds new light on the long history of Bombay's transnational links and the social worlds of its underclasses.
If the item details above aren’t accurate or complete, we want to know about it. Report incorrect product info.