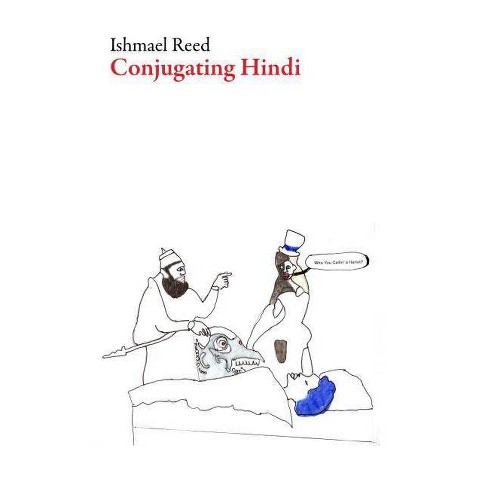 $14.29
MSRP$19.00
no reviews yet
be the first!be the first! ratings
Shipping
Free standard shipping with RedCard
Loading, please wait...
Help us improve this page

California is still the world's biggest hideout. The only thing more western is the Pacific Ocean, where, if the Big One happens, California might find a home at the bottom.

One of those hiding out is Peter Bowman, a former army brat, and lecturer at Woodrow Wilson Community College, who is being hunted for a quality most men would crave. But for Bowman, nicknamed Boa, it has become burdensome. When an opportunity comes, he has to choose between becoming financially solvent or exposing himself to his pursuers. Along the way, he runs into some memorable characters both in reality and in his dreams, including Ishmael Reed. In Ishmael Reed's Conjugating Hindi, stories, histories and myths of different cultures are mixed and sampled. Modern issues like gentrification addressed. It is the closest that a fiction writer has gotten to the hip-hop form on the page.

Once again, Ishmael Reed has pioneered a new form. If his first novel, The Free-Lance Pallbearers, was an early Afro-Futurist novel, Mumbo Jumbo recognized as "a graphic novel before we used the term" (according to Pulitzer Prize-winning critic Margo Jefferson), Yellow Back Radio Broke Down Blazing Saddles's "important precursor," Flight To Canada his "Neo Slave Narrative," a concept that he coined-Conjugating Hindi is his global novel. One that crosses all borders.