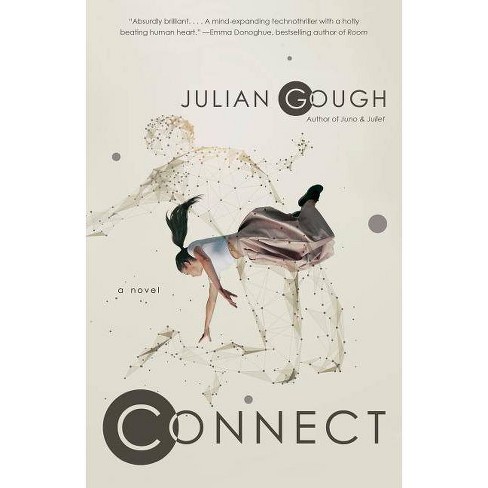 $16.99
MSRP$17.00
no reviews yet
be the first!be the first! ratings
Shipping
Free standard shipping with RedCard
Loading, please wait...
Help us improve this page

"Absurdly brilliant. . . . A mind-expanding technothriller with a hotly beating human heart." --Emma Donoghue, bestselling author of Room "Dazzling. . . . Propulsive and engrossing." --The Guardian "Propulsively paced and ingeniously twisting. . . . A hyperactive, adrenaline-junkie dystopian thriller." --The Times (London) "A wonderful novel, a tour de force." --Joseph O'Connor, author of Star of the Sea "Unfolds in the deadly but jaunty style of a Hollywood action thriller . . . A gonzo hybrid between The Matrix and Fifty Shades of Grey, written in its best moments with the pace and wit of Dave Eggers's The Circle." --The Observer (London)

"Instantly convincing. . . . Powerful, playful. . . . What feels so fresh is that this predictive novel avoids even a hint of the usual doomsday clichï¿½s. . . . Connect will subtly change the way you see the world." --The Sunday Times (London) "Connect really is a work of genius. It confronts and explores the nature of humanness and existence in a thrilling, immersive, addictive way, and marks Julian Gough out as a prophet among writers." --Donal Ryan, author of The Spinning Heart

"Imagines a world of systems within systems in which the alteration of a few human cells could have far-reaching and astounding effects on the universe. Recommended for those who enjoy near-future speculation coupled with an engaging and effective exploration of a fractured family." --Booklist

"A teenager rewires his brain to ramp up his cognitive skills in this near-future techno-thriller. . . . Thought-provoking." --Kirkus Reviews
If the item details above aren’t accurate or complete, we want to know about it. Report incorrect product info.