Conquering the Political Divide - by Eric a Beck (Hardcover) 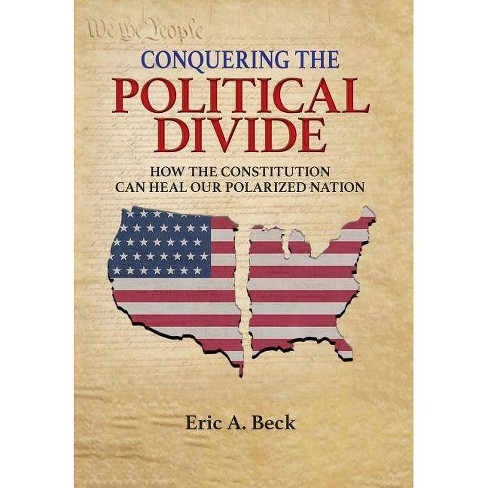 But there is a problem. America's current political divide has made it increasingly difficult for our nation to keep this promise. Political division in Washington is preventing our elected representatives from solving some of our nation's most pressing problems. But Washington is just a weathervane that is influenced by the voting public, one that moves with the political winds over time. In recent decades, the progressive Left have carried these winds with enough success that a recent poll showed that 51% of Millennials now would prefer to live in socialist or communist nation rather that a capitalist one (42%). For parents of any Millennial, or any traditional American that understands that socialism reflects an attack on our Constitution and free-markets, these findings should be of great concern. This is especially true when studies also show that graduating high school seniors are not receiving a competent education in civics and economics from America's public schools. It is this deficit in civics and economics education that is leading many young people to consider fundamental transformation of how we view the Constitution and our capitalist system.

However, there is hope for the future. Thomas Jefferson once wrote "I know no safe depository of the ultimate powers of the society but the people themselves; and if we think them not enlightened enough to exercise their control with a wholesome discretion, the remedy is not to take it from them but to inform their discretion by education. This is the true corrective of abuses of constitutional power." Jefferson, like most of the Founders, understood the importance of educating the average American about civic affairs and economic freedom. If Jefferson is correct, then providing remedial education in basic civics and economics is the key to defending our Constitution and America's free enterprise system. That is why Conquering the Political Divide - How the Constitution Can Heal Our Polarized Nation was written.

Readers of Conquering the Political Divide will:

- Gain a competent education in basic civics and economics, the key disciplines that enable the reader to better understand the Constitution and America's unique form of republican government;

- Learn how progressive political activists have been working since the early 1900's to undermine the Constitution and its guarantee of individual rights;

- Be prepared to constructively counter progressive arguments with fact-based responses on the economy, health care, and social issues; and

- Develop a personal action plan for expanding national unity within their local communities and the country at large.

Readers who share the author's concern about preserving a free and prosperous America for future generations will ﬁnd Conquering the Political Divide a welcome read. His salient arguments will empower readers of any political persuasion to defend the Constitution from the harshest critics, thereby helping our nation to preserve the Founder's vision of the American Dream for posterity.