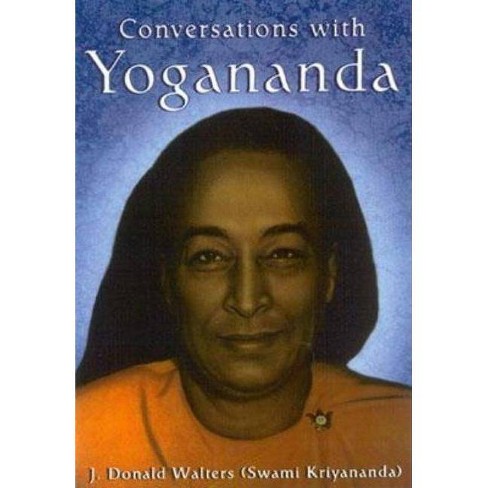 An unparalleled firsthand account of the stories, sayings, and wisdom of Paramhansa Yogananda, a spiritual teacher and master of self-realization. These writings are collected and recounted with commentary by his direct disciple, Swami Kriyananda.

This is an unparalleled firsthand account of Paramhansa Yogananda and his teachings, written by one of his closest students. Yogananda is one of the world's most widely known and universally respected spiritual masters. His Autobiography of a Yogi has helped stimulate a spiritual awakening in the West and a spiritual renaissance in his native land of India.

More than half a century ago, in a hilltop ashram in Los Angeles, California, an American disciple sat at the feet of his Master, faithfully recording his words as his teacher had asked him to do. Paramhansa Yogananda knew this disciple would carry his message to people everywhere.

Kriyananda was often present when Yogananda spoke privately with other close disciples; when he received visitors and answered their questions; when he was dictating and discussing his important writings. Yogananda put Kriyananda in charge of the other monks, and gave him advice for their spiritual development. In all these situations, Kriyananda recorded the words and guidance of Yogananda, preserving for the ages wisdom that would otherwise have been lost, and giving us an intimate glimpse of life with Yogananda never before shared by any other student.

These Conversations include not only Yogananda's words as he first spoke them, but also the added insight of an intimate disciple who has spent more than 50 years reflecting on and practicing the teachings of Yogananda. Through these Conversations, Yogananda comes alive. Time and space dissolve. We sit at the feet of the Master, listen to his words, receive his wisdom, delight in his humor, and are transformed by his love.

"As a bright light shining in the midst of darkness, so was Yogananda's presence in this world. Such a great soul comes on earth only rarely, when there is a real need among men." -His Holiness, the Shankaracharya of Kanchipuram

"Yogananda reaches out to every person, and therein lies his natural and powerful attraction. He speaks to the deep well of wisdom within and beckons us to our highest calling." -Michael Toms, Co-Founder of New Dimensions Radio, author of True Work