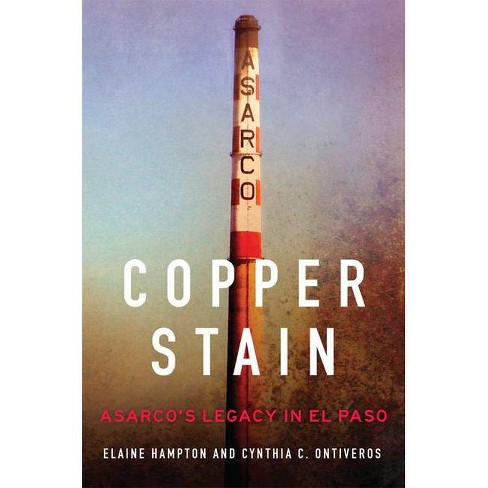 "The convertors would spew it out," employee Arturo Hernandez recalled, referring to molten metal. "You'd see the ground, the dirt, catch on fire. . . . If you slip, you'd be like a little pat of butter, melting away." Hernandez was describing work at ASARCO El Paso, a smelter and onetime economic powerhouse situated in the city's heart just a few yards north of the Mexican border. For more than a century the smelter produced vast quantities of copper--along with millions of tons of toxins. During six of those years, the smelter also burned highly toxic industrial waste under the guise of processing copper, with dire consequences for worker and community health. Copper Stain is a history of environmental injustice, corporate malfeasance, political treachery, and a community fighting for its life. The book gives voice to nearly one hundred Mexican Americans directly affected by these events. Their frank and often heartrending stories, published here for the first time, evoke the grim reality of laboring under giant machines and lava-spewing furnaces while turning mountains of rock into copper ingots, all in service to an employer largely indifferent to workers' welfare. With horror and humor, anger, courage, and sorrow, the authors and their interviewees reveal how ASARCO subjected its employees and an unsuspecting public to pollution, diseases, and early death--with little in the way of compensation. Elaine Hampton and Cynthia C. Ontiveros weave this eloquent testimony into a cautionary tale of toxic exposure, community activism, and a corporate employer's dubious relationship with ethics--set against the political tug-of-war between industry's demands and government's obligation to protect the health of its people and the environment.
If the item details above aren’t accurate or complete, we want to know about it. Report incorrect product info.