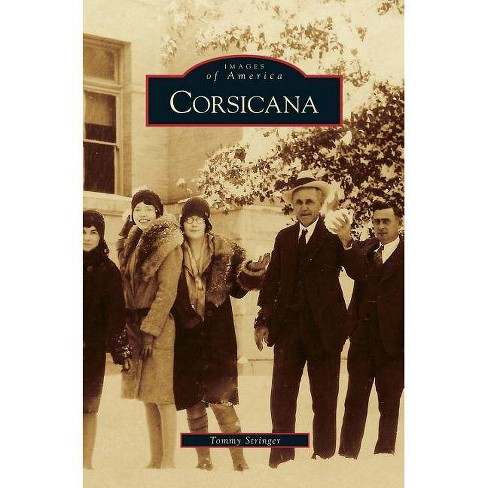 Corsicana -- A year-long labor of love by local historian Dr. Tommy Stringer has yielded a new book, "Images of America -- Corsicana" which will be released Feb. 8.

Over 200 photographs of people, places and events from Corsicana's rich past are included, many which have never before been published. The book is abundant with stories of days gone by in Corsicana, some even new to Stringer.

A book signing and "meet the author" event will be held from 5 to 7 p.m. Feb. 10 at The Cook Center Gift Shop, where the books will be available for purchase. It is expected to be placed with other retailers in Corsicana after its release Feb. 8, but will also be available at www.arcadiapublishing.com, Amazon.com, Barnes&Noble.com and Borders.com.

"Arcadia called and asked me to put the book together," Stringer said. "They do them all over the nation, this is what they do. Originally, they had contacted Bill O'Neal, a former Corsicana author who lives in Carthage now, and he gave them my name."

Stringer put out a call in the Daily Sun about a year ago for photos and stories, and then hit the lecture circuit, visiting Kinsloe House and local service clubs with his plea for old photographs.

"Many of the photos came from Pioneer Village, where they have a wealth of information," he said. "We tried to find pictures that had never before been published, and many individuals shared photos from their personal collections, too."

Profits from the sale of the book will be divided between the Navarro College Foundation scholarship fund, where Stringer is the director, and the Navarro County Historical Society. Bobbie Young of both Pioneer Village and the historical society helped and encouraged Stringer with research, photographs, and proofreading.

Though well-versed in Navarro County history, Stringer heard some stories through the course of his research that were new, even to him.

"There is a picture of Katie Kinsloe, and not many people knew much about her," he said. "I uncovered some things I didn't know. John Barron gave me some great information about the cotton mill I didn't know, as well."

Stringer said city directories, large books much like telephone books, at the geneaology room at the Corsicana Public Library were invaulable sources of business information.

Arcadia Publishing selected the cover photo -- and happened to choose one of courthouse employees from 1929 frolicking in a 12-inch snowfall. Bill Young's grandfather, Frank Young, was the county clerk at the time and is in the photograph.

Stringer is not a native Corsicanan, having come to Navarro County in 1972, but he is a historian.

"This county has such a rich history, and it's not hard to be taken in by the history of this place," he said.

One of the first things he noticed on his arrival in the '70s was on 15th Street, a temple nestled in the midst of many other churches. Stringer said he didn't expect to find a Jewish community in the middle of the Bible Belt.

"Babbette Samuels was a valuable source for photos, as were Mable Scott, Jay Sewell, Jon Ketchum, Kathryn Zack, and many others," he said. "It was a lot of work putting it together, and the publishing company was very particular about the format -- but it was fun, too."