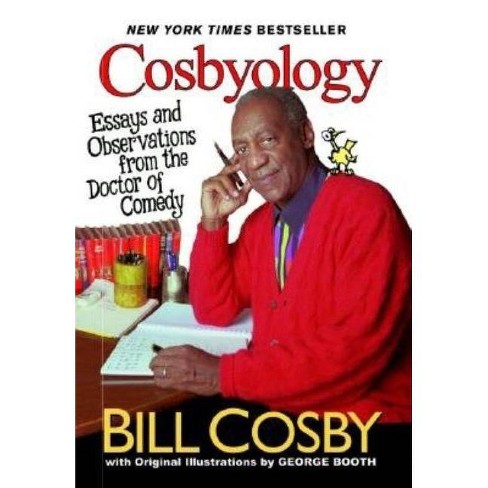 $14.69
no reviews yet
be the first!be the first! ratings
Shipping
Free standard shipping with RedCard
Loading, please wait...
Help us improve this page

Now in paperback, the national bestseller from the funniest man in America, who looks back at his life . . . bit by bit. With more than 200,000 hardcover copies in print, Bill Cosby's Cosbyology has landed on bestseller lists nationwide, including the New York Times and USA Today. In this wonderfully funny collection of stand-up material that touches on everything from childhood and marriage to school, sports, and work, Bill Cosby returns to his early days of comedy to give us a look at the funny side of life. Fusing his classic jazzy timing and edgy humor with the intelligence and perception that have made him a huge star, Cosby writes about his first experiences skiing, lying to his mother as a child, and fretting about ingrown hairs in midlife. Fans young and old will be eager to add this paperback edition to their collection, while new fans everywhere will delight in this sampling of great comic genius. Bill Cosby is one of America's most beloved and well-known performers. He entered show business as a stand-up comedian in 1962 and has appeared in such television hits as I Spy, the animated Fat Albert, The Cosby Show, and Cosby. He has also starred in several movies and has written the bestselling books Childhood, Fatherhood, and Congratulations! Now What?, as well as the Little Bill children's series.
If the item details above aren’t accurate or complete, we want to know about it. Report incorrect product info.