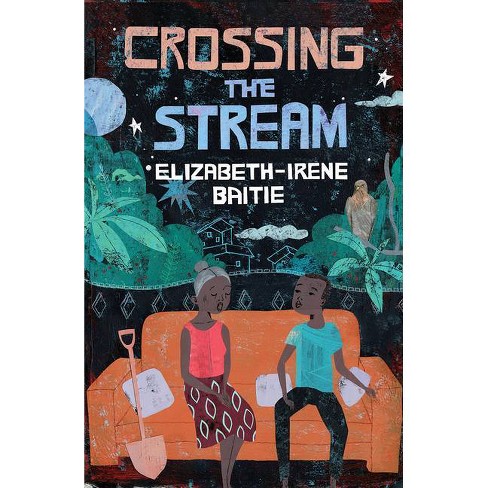 Ato hasn't visited his grandmother's house since he was seven. He's heard the rumors that she's a witch, and his mother has told him he must never sit on the old couch on her porch. Now here he is, on that exact couch, with a strange-looking drink his grandmother has given him, wondering if the rumors are true. What's more, there's a freshly dug hole in her yard that Ato suspects may be a grave meant for him.

Meanwhile at school, Ato and his friends have entered a competition to win entry to Nnoma, the island bird sanctuary that Ato's father helped create. But something is poisoning the community garden where their project is housed, and Ato sets out to track down the culprit. In doing so, he brings his estranged mother and grandmother back together, and begins healing the wounds left on the family by his father's death years before.

And that hole in the yard? It is a grave, but not for the purpose Ato feared, and its use brings a tender, celebratory ending to this deeply felt and universal story of healing and love from one of Ghana's most admired children's book authors.

Baitie offers a fully fleshed, sensorially detailed narrative exploring regret and the manipulation of fears through the lens of children's curiosity in her absorbing latest.-- "Publishers Weekly (starred review)"

This richly textured contemporary story set in Ghana highlights timely issues around the environment and exploitation of the poor. The well-developed sense of place and natural dialogue create an immersive reading experience, and Ato and his friends, especially fearless Dzifa, are engaging as they discover the courage to push for truth. A powerful coming-of-age story of self-discovery and overcoming fear.-- "Kirkus Reviews (starred review)"
If the item details above aren’t accurate or complete, we want to know about it.

The Beatryce Prophecy - by Kate DiCamillo

The Crossing - by Ashby Jones