Crow with No Mouth - by Stephen Berg (Paperback) 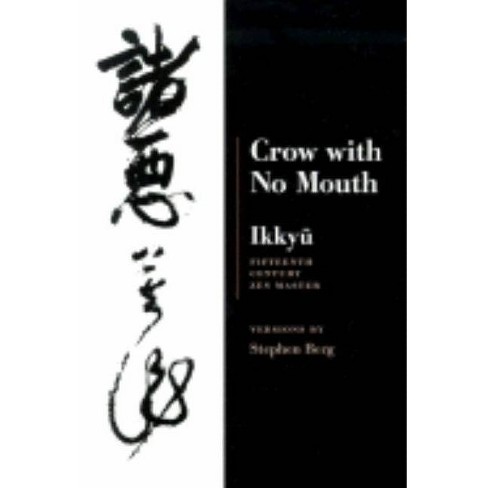 An eccentric classic of Zen poetry

When Zen master Ikkyu Sojun (1394-1481) was appointed headmaster of the great temple at Kyoto, he lasted nine days before denouncing the rampant hypocrisy he saw among the monks there. He in turn invited them to look for him in the sake parlors of the Pleasure Quarters. A Zen monk-poet-calligrapher-musician, he dared to write about the joys of erotic love, along with more traditional Zen themes. He was an eccentric and genius who dared to defy authority and despised corruption. Although he lived during times plagued by war, famine, rioting, and religious upheaval, his writing and music prevailed, influencing Japanese culture to this day.

"Ikkyu scandalized the Zen community of his day and is likely to scandalize some readers even now--his short poems are simultaneously bawdy, abrupt, vulgar, and reverential... It is impossible not to love the velocity and variety of his verse."--The Philadelphia Inquirer

"Stephen Berg is exactly the right poet to have translated these poems."--Hayden Carruth, The Hudson Review

"A deeply sensual man, Ikkyu had little patience for the fussiness of monastic life and ritual... What is especially appealing about Ikkyu's poetry is the way his sensuality infuses his Zen sensibility."--American Book Review

Stephen Berg (1934-2014) was the founder and editor of American Poetry Review.