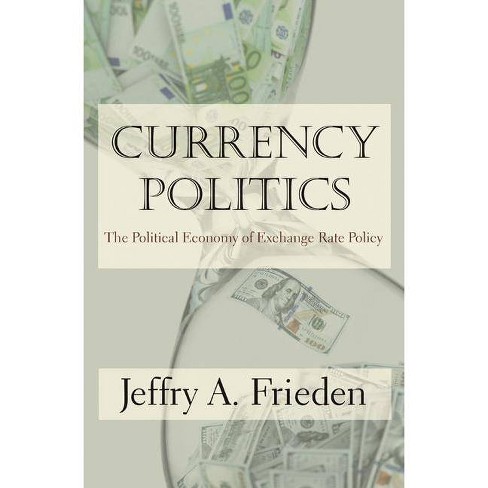 "This is international political economy as it should be. Frieden presents a sturdy framework that shows why various interest groups ought to favor strong or weak currencies, and stable or flexible exchange rates. His book's convincing applications of this framework range from sectional politics in nineteenth-century America, to today's eurozone divisions, to the vicissitudes of emerging markets."--Jeffrey Frankel, Harvard University

"In Currency Politics, Frieden not only draws together beautifully the strands of his previous work, but he advances a new and entirely persuasive explanation of the euro project as an essential bulwark against competitive devaluations. Above all, he argues convincingly for the centrality of exchange rate policy to domestic politics, international relations, and macroeconomics in open economies."--Ronald Rogowski, University of California, Los Angeles

"This excellent book is for anyone who has ever wondered about the origins of the Eurozone, the causes of the currency crises, and the importance of the classical gold standard. Frieden combines lively historical narratives with statistical analyses to show that currency politics are pretty much the same across time and space. No other author could bring out the common threads running through the book's cases so clearly." --J. Lawrence Broz, University of San Diego

"Currency Politics is an ambitious book on an important topic. Frieden is one of the best political economists and one of the best scholars writing on this subject."--Sebastian Edwards, University of California, Los Angeles and author of Toxic Aid

"An authoritative treatment of the political economy of exchange rates by the leading international political economist specializing in this subject."--Barry Eichengreen, University of California, Berkeley