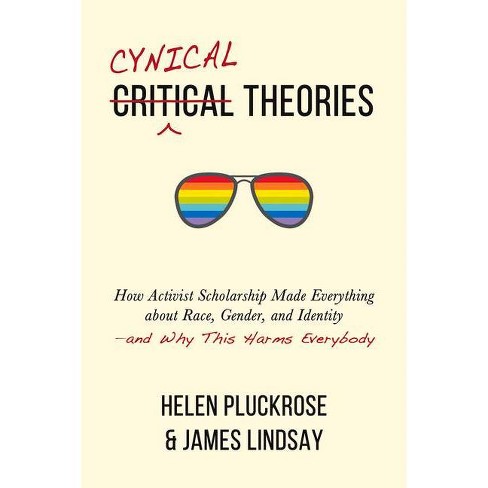 "Outlines the origin and evolution of postmodern thought over the last half century and argues that the unchecked spread and application of postmodern ideas--from academia, to activist circles, to the public at large--presents an authoritarian ideological threat not only to liberal democracy but also to modernity itself"--

Have you heard that language is violence and that science is sexist? Have you read that certain people shouldn't practice yoga or cook Chinese food? Or been told that being obese is healthy, that there is no such thing as biological sex, or that only white people can be racist? Are you confused by these ideas, and do you wonder how they have managed so quickly to challenge the very logic of Western society?

In this probing and intrepid volume, Helen Pluckrose and James Lindsay document the evolution of the dogma that informs these ideas, from its coarse origins in French postmodernism to its refinement within activist academic fields. Today this dogma is recognizable as much by its effects, such as cancel culture and social-media dogpiles, as by its tenets, which are all too often embraced as axiomatic in mainstream media: knowledge is a social construct; science and reason are tools of oppression; all human interactions are sites of oppressive power play; and language is dangerous. As Pluckrose and Lindsay warn, the unchecked proliferation of these anti-Enlightenment beliefs present a threat not only to liberal democracy but also to modernity itself.

While acknowledging the need to challenge the complacency of those who think a just society has been fully achieved, Pluckrose and Lindsay break down how this often-radical activist scholarship does far more harm than good, not least to those marginalized communities it claims to champion. They also detail its alarmingly inconsistent and illiberal ethics. Only through a proper understanding of the evolution of these ideas, they conclude, can those who value science, reason, and consistently liberal ethics successfully challenge this harmful and authoritarian orthodoxy--in the academy, in culture, and beyond.

"A fascinating and mandatory guide to understanding the culture war. Meticulously researched and impeccably written, Cynical Theories offers explanations as to how we got here and the best solutions going forward."

--Debra Soh, PhD, sex neuroscientist and author of The End of Gender

"Is there a school of thought so empty, so vacuous, so pretentious, so wantonly obscurantist, so stupefyingly boring that even a full-frontal attack on it cannot be read without an exasperated yawn? Yes. It is called postmodernism. If you sincerely want to understand what postmodernism is, read this exceptionally well-informed book by two noble heroes of the enlightenment project. If you have better uses for your neurons and your time, stick to science. It's the real deal."

"Cynical Theories is a brilliant book, offering an incisive and much needed critique of the cult of social justice. The authors painstakingly trace its origins in postmodernism and, in doing so, expose the ways in which a once fashionable coterie of theorists infiltrated the mainstream with catastrophic consequences for liberalism, equality, and free speech."

"If you want to know the philosophy behind cancel culture and why it is so creepy, get this book. Then, give it to your friends and family."

"In this important and timely book, Pluckrose and Lindsay trace the intellectual origins of today's Social Justice crusaders. With clear prose and a fair-minded spirit, they argue forcefully that struggles for social justice are strongest when they are founded on respect for evidence, reason, and free and open debate. They deplore the harm that closed-minded Social Justice ideologues are doing to the cause of social justice (lower-case), and they offer practical strategies for doing better."

"Many people are nonplussed by the surge of wokery, social justice warfare, intersectionality, and identity politics that has spilled out of academia and inundated other spheres of life. Where did it come from? What ideas are behind it? This book exposes the surprisingly shallow intellectual roots of the movements that appear to be engulfing our culture."

Helen Pluckrose is a liberal political and cultural writer and speaker. She is the editor of Areo Magazine and the author of many popular essays on postmodernism, critical theory, liberalism, secularism, and feminism. A participant in the Grievance Studies Affair probe, which highlighted problems in social justice scholarship, she is today an exile from the humanities, where she researched late medieval and early modern religious writing by and for women. She lives in England. James Lindsay is a mathematician with a background in physics. He is interested in the psychology of religion, authoritarianism, and extremism and is the author of Everybody is Wrong about God. His other books include Life in Light of Death and How to Have Impossible Conversations. His essays have appeared in the Wall Street Journal, Los Angeles Times, Philosophers' Magazine, Scientific American, and Time. He led the Grievance Studies Affair probe that made international headlines in 2018, including the front page of the New York Times. He lives in Tennessee.
If the item details above aren’t accurate or complete, we want to know about it. Report incorrect product info.