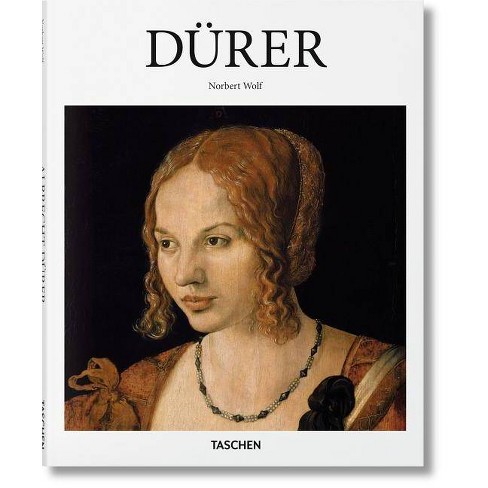 A polymath of the German Renaissance, Albrecht Dürer (1471-1528) was a prolific artist, theorist, and writer whose works explored everything from religion to art theory to philosophy. His vast body of work includes altarpieces, portraits, self-portraits, watercolors, and books, but is most celebrated for its astonishing collection of woodcut prints, which transformed printmaking from an artisan practice into a whole new art form. Dürer's woodcuts astonish in scale as much as detail. Through works such as Apocalypse and the Triumphal Arch for Emperor Maximilian I, he created dense, meticulous compositions that were much larger, much more finely cut, and far more complex than any earlier woodcut efforts. With an ambitious tonal and dynamic range, he introduced a new level of conceptual, emotional, and spiritual intensity. His two major woodcut series on Christ's Passion, named The Large Passion and The Small Passion after their size, are particularly remarkable for their vivid human treatment of the Christian narrative. In his copper engraving, Melancholia I, meanwhile, Dürer created a startling vision of emotional ennui, often cited as a defining early image of a depressive or melancholic state.

Ever inquisitive, Dürer absorbed ideas not only from masters and fellow artists in Germany but also from Italy, while his own influence extended across Europe for generations to come. In this essential TASCHEN introduction, we explore this pioneering figure's complex practice, his omnivorous intellect, and the key works which shaped his enduring legacy.

Born back in 1985, the Basic Art Series has evolved into the best-selling art book collection ever published. Each book in TASCHEN's Basic Art series features:

a detailed chronological summary of the life and oeuvre of the artist, covering his or her cultural and historical importance